Museveni courts investors in UK, requests them to tap into Uganda’s agricultural and mineral potential

The breakfast meeting organised by the Presidential Advisory Committee on Exports & Industrial Development (PACEID) in conjunction with the Commonwealth Enterprise Council (CWEC) was held at the Royal Garden Hotel in Kensington, London.

In his remarks, President Museveni said Uganda has no enemies in the world hence willing and ready to work with everyone to tap into its agricultural and mineral potential.

“The birds of Europe are so clever, unlike the people. During winter, they fly as far as Africa for survival. People on the other hand should also realise that climatic zones should facilitate us to help each other through investment,” President Museveni said. 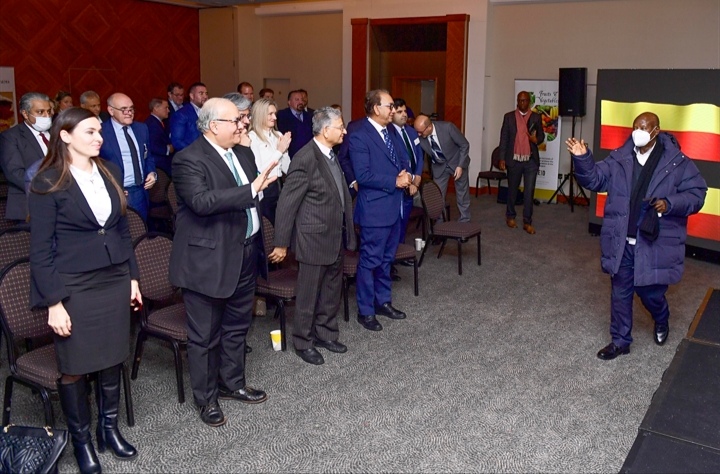 He said Uganda’s neutrality puts it in a comfortable position for doing business with everyone around the world.

“Uganda has no enemies in the world, for instance, we hear some people are enemies with China, but the Chinese are our good friends, they have given us zero tax access for 450 products and we are in talks to open more, we also have the market of India,” he said.

The President made case for improved market share in the international scene for Uganda but urged that would only happen following concerted efforts with potential visionary investors who identify with Uganda and Africa as the future production hub of the world.

Uganda has a good international trade policy with the United States of America where at least 6000 products produced within the country are allowed to be exported to the USA quota and tax-free.

Also, the available Continental Free Trade Area (CFTA) to which Uganda is party highlights the enormous benefits of investment in production in the country.

President Museveni also noted that Uganda has a standing agreement with the European Market (EU), to trade in “Everything but Arms (EBA)”.

“If you want to make profits, there is an address, it is P.O.Box Uganda,” President Museveni told the gathering.

The Head of State also commissioned trade envoys to the United Kingdom, Balkans and US to help further Uganda’s investment agenda.

Mr Bratislav Stoiljkovic is charged with the lead search for the Ugandan product market in the Balkans, while Mr Mark Pursey will be in charge of the UK market. Mr Codey Lawrence and Mrs Olive Kamanzi will take charge of the US market and will be commissioned at a similar event in Chicago, USA. 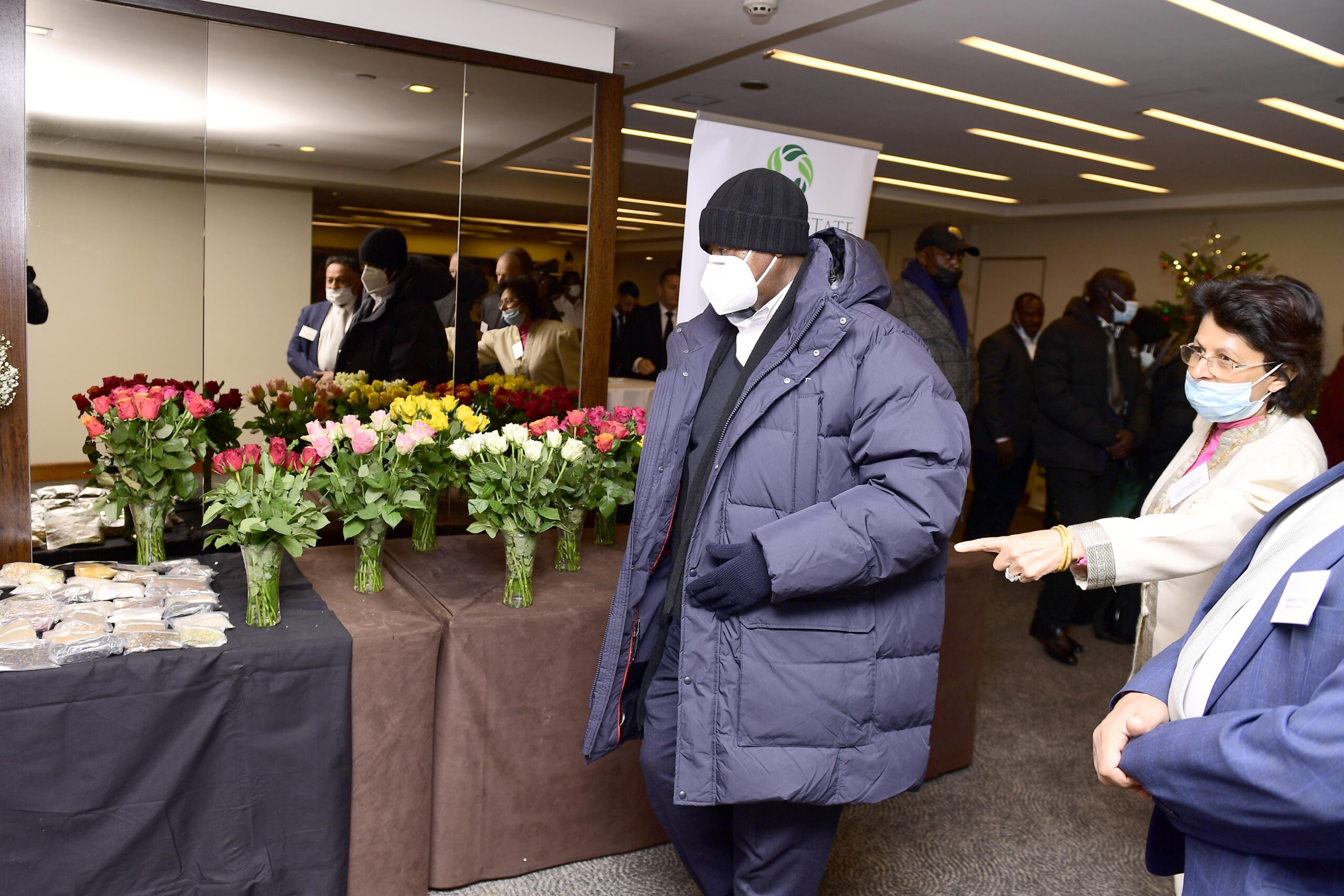 The Balkans which include Serbia, Montenegro, Croatia, Bulgaria, Romania, and Macedonia have a GDP per capita of USD6000 and drink USD1bn worth of coffee annually.

The countries are also a good source of technology for food processing and packaging.

Commenting about the envoys, Mr Odrek Rwabwogo, the Chairperson of PACEID said the partnerships with trade envoys will breed confidence in what Uganda is selling to international markets.

“These partnerships with trade representatives are first, we shall also establish business councils in each market, for confidence and trust in what’s being sold as a country.”

Mr. Rwabwogo added that PACEID will support conformity and compliance and the target at the end will be to increase Uganda’s market share to USD6bn in the next five years.

“USD6bn is what Bill Gates donates to African countries. We need investment in the coffee value chain so we climb from USD800 to USD1.5b. We need more sells in fruits, beef, dairy, to raise to at least a billion dollars and another billion dollars in natural cereals as well as poultry and eggs,” Mr Rwabwogo noted. 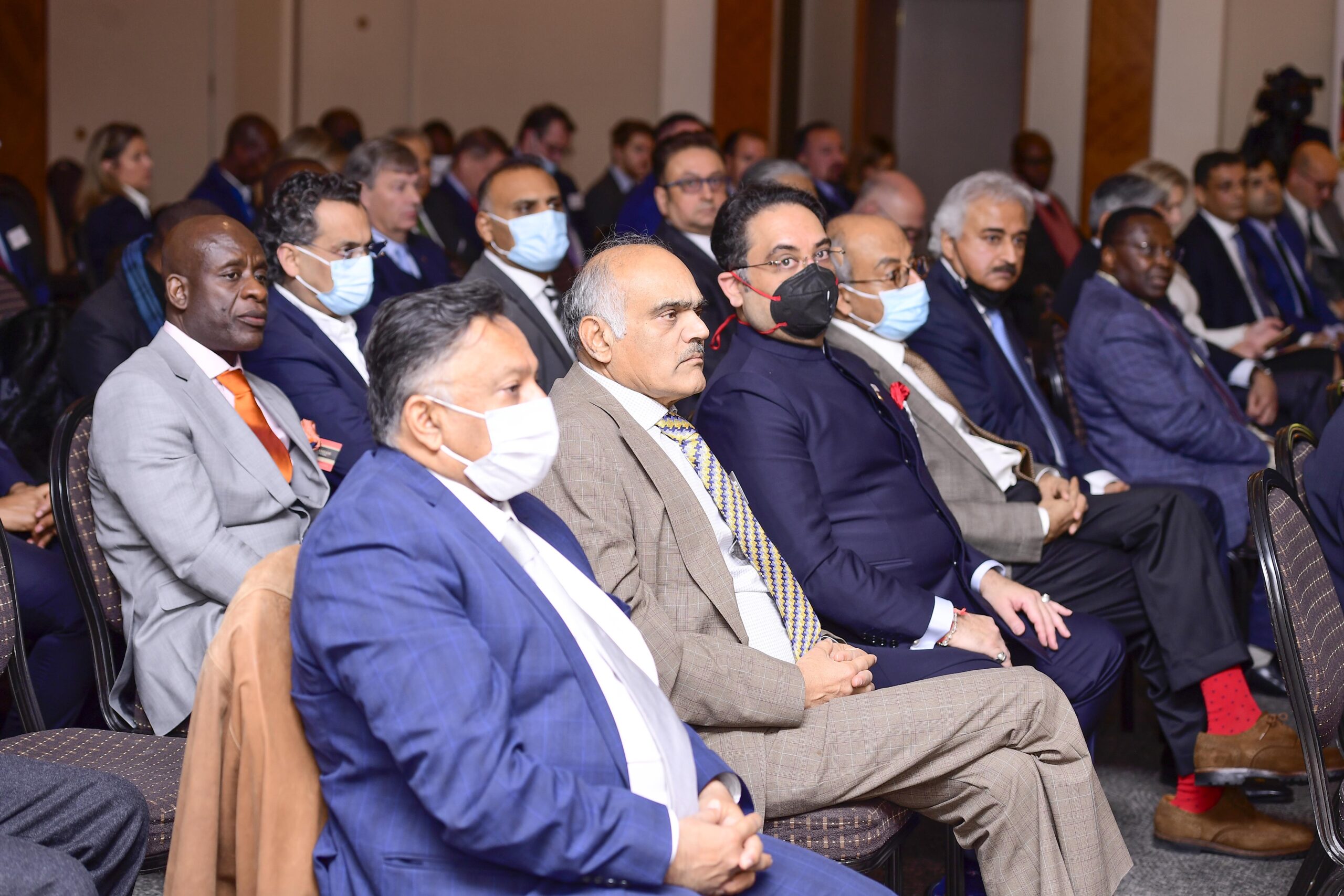 “I thank you for the tireless campaign to ensure that standard products from Uganda reach the UK markets,” H.E Madhvani said.

The Deputy Chairman of Commonwealth Enterprise & Investment Council Lord Hugo Swire also welcomed the move and concurred that Uganda and Africa are indeed the upcoming trade destinations for the world.