No life casualties registered as girls were out for preps

by Our Correspondent
in Community News, National, News, Voices
10 0 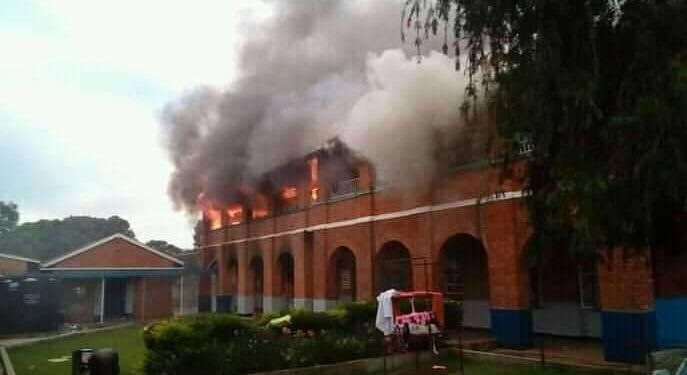 Images of a burning dormitory on Tuesday morning appeared on social media at dawn, which sent chills down the spines of friends and families of students and old students of one of the oldest traditional schools in Uganda.

The building on fire has been identified as Grace House, one of the girls’ dormitories.

Police spokesman Luke Oweyisigire said no life casualties have been reported as the girls had moved for morning preps. He added Police’s fire and rescue department contained the fire.

The cause of the fire and the extent of damages are yet to be known .

School fires in Uganda had reduced as education management upped their antennas on safety precautions in institutions.

At the nearby Budo Junior school, fire killed 19 pupils including National Hero Yvonne Namaganda, in April 2008. Namaganda died saving others girls from the fire.

ALDRINE NSUBUGA SNR: Alex Mukulu is back on stage not as a legendary actor or director but as a ruthless malicious adjudicator who is ready to crash the hopes of young people