Robina Rwakoojo: Why I want to become the next Deputy Speaker of Parliament

by Stephen Kalema
in News
4 1 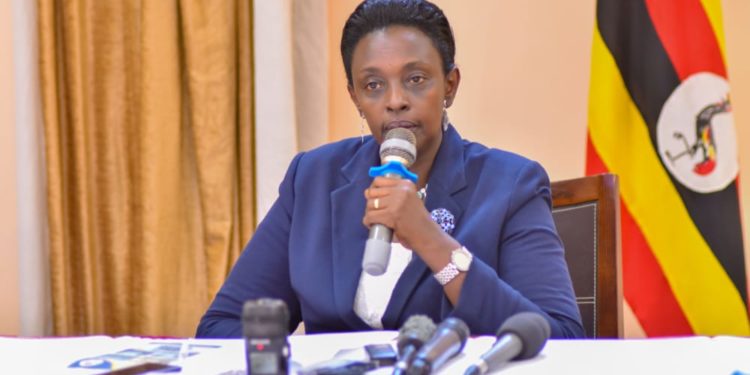 Gomba West Member of Parliament has officially declared her bid for the 11th Parliament Deputy Speakership.

During the launch of her campaigns at Imperial Royale Hotel on Thursday,  Rwakoojo told journalists that due to her rich legal background, she is the only one who can efficiently run the Deputy Speakership office in the August House.

“Considering that committees act as mini-Parliaments in their mode of work, I believe it has given me the experience to blend with my vast legal knowledge. Since my re-election, several colleagues have approached me and asked me to take up this position,” she said.

The Vice-chairperson of Equal Opportunities Committee promised members that if elected, she will start with enhancing the Debating Skills among Members of Parliament since there is still a need to orient Members on the ways of debating and understanding the discussed contexts.

“I have sat debated in Parliament and I find that Parliamentary debates need to be improved further by equipping members through capacity building, both within and outside Uganda. The induction we have at the start of Parliament is not sufficient to cater for this need and requires to be beefed up to achieve this objective,” Rwakoojo said.

She also promised to improve the welfare of Members and staff of Parliament through ensuring that members can comfortably contribute to debates.

“Provision will be made for adequate office space, provision of equipment like computers and Ipads, provision for good health,” she said.

“When elected Deputy Speaker of Parliament, I shall ensure the provision of specialized capacity for media reporting of Parliamentary debates and activities,” she said.

She worked with the Ministry of Justice and constitutional affairs for 25 years, beginning as a pupil state Attorney in 1990 where she rose to State Attorney, Senior State Attorney, Principal State Attorney then Commissioner Line Ministries. She also served as Acting Director Civil Litigation for seven years.