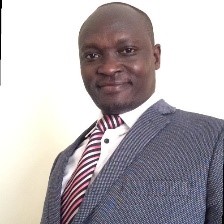 The Urban Growth Rate in Africa is 11 more rapid than the growth rate in Europe, according to the World Cities Report of 2016. Africa will have some of the fastest growing cities in the world over the next 50 years.
Unless something is done, and done soon, millions more will flood into unplanned cities and live in already overcrowded informal settlements and slums.
Cities and Infrastructure for Growth Uganda (CIG) states that Uganda’s current urbanizing rate is at 5.2% per annum with only one city which is the 13th fastest growing city in the World. It would appear as if the United Nation’s Habitat III conference, which happens every 20 years, and New Urban Agenda couldn’t come at a better time.
Habitat III’s goals sound simple — develop well-planned and sustainable cities, eradicate poverty and reach full employment, and respect human rights. Being able to leverage the key role of cities and human settlements as drivers of sustainable development in an increasingly urbanised world, the meeting will seek political commitment to promote and realise sustainable urban development.

This could be a watershed moment for Africa’s cities. But critical challenges stand in the way of making Africa’s cities economic powerhouses, centres for exchanging ideas, and places that meld cultures and peoples. Three types of investment are needed.

First, economic and, specifically, industrial expansion hasn’t materialised in Africa as it has in other parts of the world. There was a glimmer of hope in the early 1970s, but between 1975 and 1990 Africa’s development was slowed by conflict, political disputes and poorly conceived/executed economic plans. After more than two decades of economic expansion, Brookings Institution, citing the African Development Bank and the IMF, noted that “growth in sub-Saharan Africa slowed to 3.4% in 2015,” reflecting lower commodity prices, the global economic slowdown and uncertainty in financial systems. 2016 doesn’t look any better, and in some countries the pace of industrialisation is starting to regress.

Capital investment to fund critical urban infrastructure is lagging. The lack of formal job creation has hurt per-capita income growth, stagnating salaries and home ownership, which, in other parts of the world — most notably in Asia — have transformed lives and livelihoods. And the steady population growth has increased the size and number of unplanned informal settlements and slums, exacerbated by inadequate and uncoordinated housing policies. That’s not good news for Africa’s middle-class urban dwellers. Sixty-two percent of urban dwellers live in slums or informal settlements, and just get by. It also makes the case for deep structural transformation.

Second, at the macro level, governments need to refocus attention on the size and speed of industrialisation and well thought-through and implemented urban plans. Industrialising and investing in Africa will create jobs, and jobs will generate more income that will fuel economic growth further.

Urban planning is crucial because it will ensure reliable power, clean water, sanitation, and roads/transportation links that encourage private-sector investment. Both go hand in hand. It has worked in Asia, which received USD 465 billion in foreign direct investment in 2014 compared to Africa’s USD 54 billion according to a 2014 UNCTAD report.

Third, at the micro level, the close integration of urban planning and industrialisation will ensure Africa’s urban residents have clean water resulting in less sick days, lower medical bills and more disposable income. Reliable power to businesses will generate much needed jobs and give residents a higher quality of life. Well-planned and efficient public transportation will decrease commuting time, cut air pollution, and put 20% to 50% of urban dwellers’ disposable income spent on transportation back into their pockets.

Habitat III’s New Urban Agenda goes beyond hard-nosed business and economic solutions. To knit everything firmly into place, governments need to end discrimination and ensure property rights so cities can be sustainable and equitable. Human rights, which are often enshrined in constitutions, are left unprotected in practice and tradition. For example, discrimination based on gender is common.
While the law says women can inherit land, tradition says no. Laws will not change deeply held beliefs that deem it okay for a widow and her children to be kicked out of their home by her late husband’s relatives. This behavior needs to be addressed and changed at the grassroots level with family, clans and tribal leaders.

Weak property rights do more than entrench social inequality; they constrain urban economies, especially housing markets. This has a knock-on effect. Without proper security of tenure in place, people can’t get a loan or build a house. The lack of collateral — a deed — means that more than 80% of Africa’s population can’t secure a formal housing loan. When the cost of securing tenure is added to the mix —which can equal a person’s annual salary in some countries —property is no longer an asset for economic growth.

Contrasting Kenya with Morocco and Tunisia provides a very clear example of how ensuring land rights and secure tenure systems can improve economic performance. Insecure land tenure due to customary law and politically connected land grabbing, together with informal settlement and slum landlord rental housing return rates of between 70% and 100%, have left millions of middle class Kenyans unable to afford a home let alone rent one. In Morocco and Tunisia on the other hand, a well-ordered and professional property sector is helping drive economic growth because property has been monetised and defined land rights make investments in infrastructure development possible.

For Africa’s cities to become livable, prosperous and equitable, it will take a three-pronged approach that invests in industrialisation, promotes urban planning and changes behavior. Industrialisation will provide jobs and increase per-capita income, making it possible for people to improve their lives. Planned cities will be more economically viable, healthier and safer. Changing beliefs, respecting rights and enforcing regulations will help ensure that everyone benefits. All of the pieces are in place to drive Africa’s urban agenda.

The writer is Robert Otim, the National Director Habitat for Humanity Uganda

Haruna 'has did it' again, tenants get free rent gift