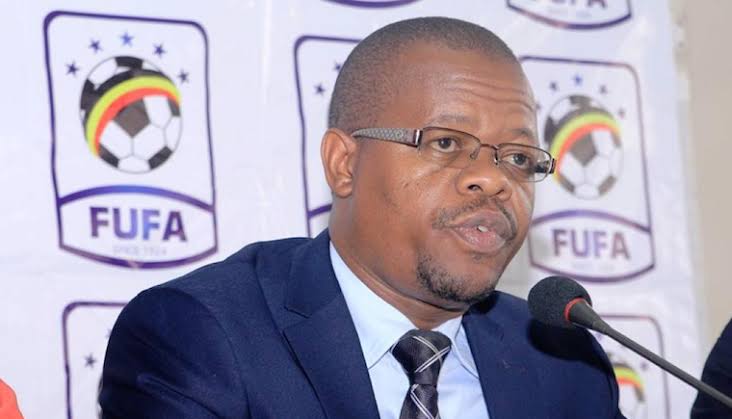 All is not well for the mighty soccer magic man from Buyende district Eng Moses Magogo after being cited in another cheating spree with his chief campaigner.

The FUFA chief made his intentions of unseating the current Budiope East MP Geoffrey Dhamuzungu in late 2018 and has since made wonders in the Constituency as a way of wooing voters to his side come the day of the polls next year. He has in the process donated an ambulance for his people which he services and fuels so the people can use it at no cost. He, during the lockdown donated a whole truck of mattresses to his voters, something that was unprecedented in the area.

The FUFA president’s generosity along with an effective and vibrant social media strategy ochestrated by his campaign team leader known as Prossy Mwanjuzi has naturally sent unenemerated panic to the incumbent whose chances of being reelected have seemingly become frosty with just a few months left to the polls next year.

Mwanjuzi who was at first very hostile to Magogo’s bid later made peace and resultantly became a major voice in pushing for his popularity in Budiope thanks to her excellent mobilisation skills.

She opened up various social media platforms and created local structures to push for soccer boss’ political agenda. Not untill she was appointed the district NRM mobiliser by the Kyambogo NRM office of the National Chairman, Mwanjuzi would frequent Buyende to speak at public functions on behalf of the loaded Engineer.

Her closeness with Magogo however didn’t go well with one of his wives who accused her ( Mwanjuzi) of sleeping with her husband.

Two weeks ago, Mwanjuzi was confronted by Magogo’ wife who accused her of always bypassing her while speaking to the big man.

Later, in a bitter phone call, the wife poured out her venomous discontent to the disappointment of Mwanjuzi who felt she had done a lot for the Magogos to be rewarded with such insults.

She reacted by exiting from all the social media groups including the “team Magogo” WhatsApp group which she had formed for the mobilisers. Members of the group threatened Mr Magogo to explain why their recruiter had thrown in the towel or else they would embark on a mass exodus.

“We are disappointed because Prossy[Mwanjuzi] has been our leader and seeing her quit the group makes us lose the morale. Many of us are tempted to leave if no solution is reached, ” One member of the said WhatsApp group intimated to us on conditions of anonymity.

When asked for a comment, Mwanjuzi confirmed that she had withdrawn from Magogo’s campaign team without giving details.

” It’s true I have withdrawn from his campaign activities and from the WhatsApp group but unfortunately I don’t have any more details, “she said.

Last year, the FUFA chief was also involved in a cheating scandal with a city slay queen called Arena Kasyata.

Magogo was accused of sleeping with a one Kasyata months after his private but lavish introduction ceremony to second wife Dellah Sally.

According to social media blogger Ray Supasta, Kasyata and media personality Tinah Teise got a misunderstanding during a conversation in a whatsapp group run by events manager Gareth Onyango.

And as they exchanged insults, Teise revealed that Kasyata slept with Magogo, days after being proposed to by her boyfriend.

Teise further alleged that the two had their daylong bedroom sessions in a Mbarara hotel, supposedly far from the prying eyes of their partners and haters.

In response, Kasyata admitted that indeed she slept with the FUFA president adding that she did so because he is a rich man.

However, in what seemed to be a retaliation, Kasyata also accused Teise of being a cheap slut who sleeps with men for as low as Shs50,000.

She further disclosed that whereas she was with Magogo in a hotel room, Teise was also busy with the former’s driver making out in a car.

The allegation that Teise is a cheap prostitute was the cue for her to run to her lawyers and threats to sue Kasyata over defamation.

What Every Woman Wants From Her Man