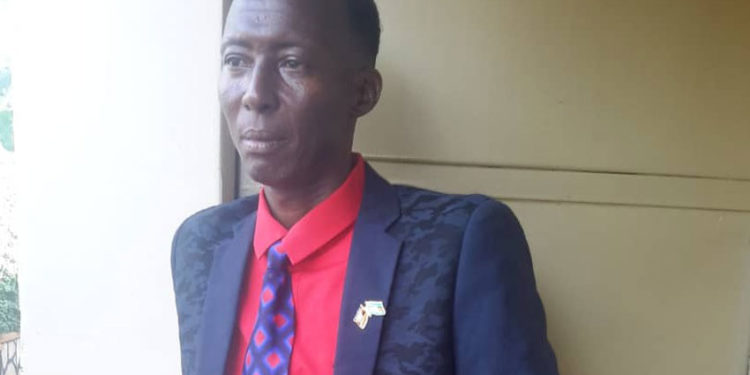 CBS FM is one of the most vibrant and oldest private owned radio stations in Uganda along with others like Sanyu FM, Super FM and Radio Simba.

Besides being owned by the Buganda Kingship and the Kabaka, which has endeared it to many listeners mainly hailing from within the kingdom, it’s catchy and common interest centered programs have been the real deal for the Bulange-Mengo based station.

The station has over the years boasted of big name live studio talents like Abbey Mukiibi, Peter Ssematimba, Patrico Mujuuka, Kato Lubwama, Wamala Balunaaba etc, who have always made listeners aim to tune in again and again.

Among the most popular programs that have enjoyed unrivaled listener-ship at the station is the sports one named “Akaati kebyemizaanyo” airing detailed sports analysis and live match commentaries with Yusuf Baliruno of Uganda being one of the big names behind it’s popularity and glamour.

In a shocking revelation however, the talented live football heraldist has showed the public that not all that glitters is gold.

Having spent the most half of his life serving the station where he cut his teeth in the media industry at a tender age of 18 years 20 years back, many must have been seeing the loyal servant of the king with envy with assumptions that he could be pocketing a huge seven figure pay cheque at the end of each month which is but just a dream to him.

In his live recorded video lamentation that has since gone viral, the legendary sports press man reveals that he has actually never received any salary despite his 20 years of committed service at Mengo.

To many, this would reasonably be unbelievable, with the pomp, talent, unchallengeable knowledge of the soccer sport, sweetness of his voice and humorous presentations which no one could quantify in monetary terms, Baliruno deserves an uncontested seat among the contemporary great ones in his field.

The teary presenter who has since been fired by the radio management narrated his pain after trying to negotiate a pay in return to his hard work for over a decade with his pleas falling on deaf ears. He accused his immediate bosses – Abbey Mukiibi the station manager and Robert Kasozi the Human Resource manager of sabotaging his work and aiming to kick him out of the station he has served with love and loyalty for a record 20 years.

” I have appealed to Mukiibi for over ten years to get me on the payroll but I have instead been shut down and when I go to Kasozi, he sends me back to Mukiibi. They have kicked me around like a ball for years aiming to frustrate me, ” Baliruno lamented.

Despite being treated that way, the popular presenter continued serving with unquestionable dedication, receiving recognition awards from the king for influencing the sports development in the kingdom on three occasions.

Even though there were some legal options for him to demand for his employment rights, Baliruno still maintained hope that his employers would find a way to resolve his grievances without hurting any of the parties. As such he wrote to those above his indifferent bosses in a desperate search for fairness. He was however surprised that his appeal was a recipe for disaster as it led to his firing.

“I received a phone call from Mr Mukiibi asking me never to report back at CBS citing my letter to his bosses as the reason for this. I asked him for a letter of termination and he refused, saying it wasn’t necessary since I hadn’t received a letter when I was joining the station. On return the following day, I found another person seating in my chair with orders that I had been fired! ” He narrated.

Besides working for decades without pay, Baliruno has questions over the way he was fired. He feels he deserved a fair and respectable send off owing to his committed service at CBS. Being sacked on phone is disrespectful according to him.

The former Kabaka’s employer who has just been out of hospital with frail health faces an uncertain future since he has not been able to save for his old age due to the sabotage from his employers.

He has appealed to Kabaka Ronald Muwenda Mutebi to come to his rescue and force the establishment to reward his committed energies at the station and also Accord him a respectable send off in recognition for his loyalty and efficiency at work.