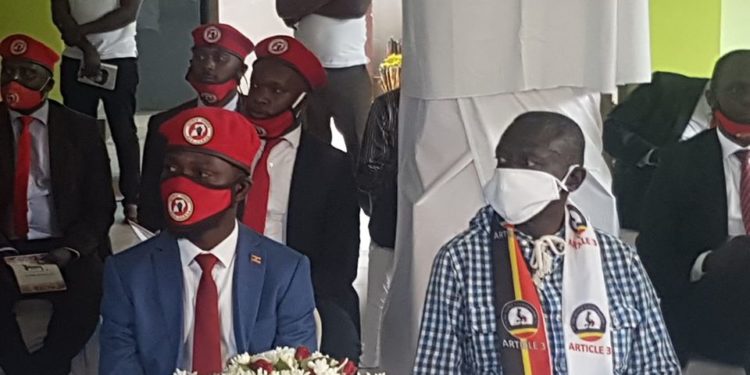 In a bid to find a long lasting solution to the ideological confrontations between supporters of col Kizza Besigye and those of Bobi Wine, Watchdog can authoritatively report that the two have finally agreed to intervene by opening a common front to unite in a bid to end Museveni’s 34 year prolonged reign.

The two opposition giants are currently holding a joint media briefing to address the nation on the way forward and it’s most likely that Besigye will be announcing his acceptance to rally behind Kyagulanyi since he has openly exhibited his reservations about taking part in next year’s Presidential contest as a candidate.

Kyagulanyi has on the other hand declared his intentions to take on Museveni, having already written to the Electoral Commission for permission to conduct a nationwide consultation in a bid to prepare for the challenge a head.

Barely two weeks ago, he unveiled a ten man elections monitoring and organising committee to carry on with the identification of candidates that will be seeking to represent his People Power pressure group at the different levels in next year’s general elections.

Besigye will however face an uphill task from mainly his FDC party who have over the years vehemently protested any calls for unity with the political debutant from Kyadondo East.