Ronald Mayinja: How this regime forced me to join dirty, nasty politics

by Catherine Apolot
in News, Politics
13 0 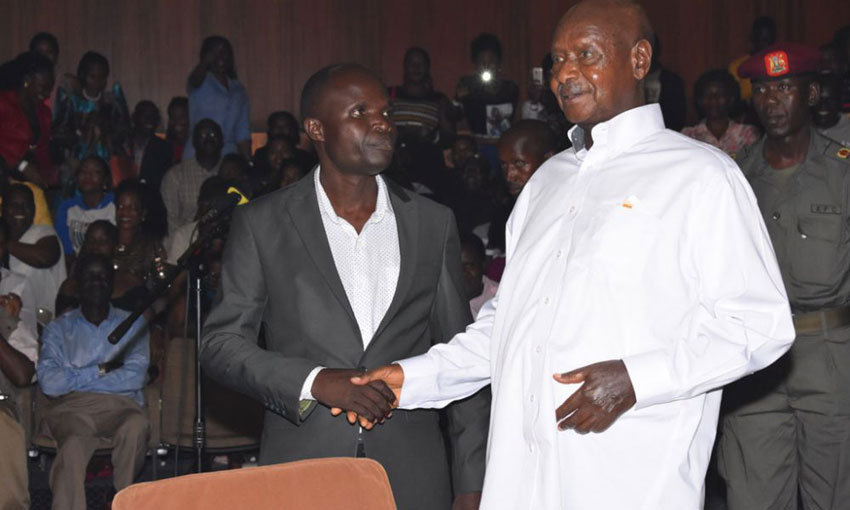 Veteran singer but political novice Ronald Mayinja, has claimed that he was not interested in politics, but he joined the fray because it was the only tool that can change the music industry.

Mayinja who wants to represent Gomba County in Parliament in 2021, described, politics as “dirty and nasty”.

Known for songs such as Africa, Tulikubunkenke, and Necklace among others, the former Golden Bank member recently told this website that politics was not as paying as music and that was why he was not so much interested in it.

“We actually don’t love politics; its dirty and nasty but I know it’s the best tool to use to save our music industry,” Mayinja said.

“People in power have failed to work on our problems as artistes, but I believe if we attain big offices, it will be easy for us to work on problems within this industry.”

Mayinja explained that music is one of the major employment sector for many youths these days, but government is doing nothing to organize the structures within like the copyright law to make the industry profitable.

“I don’t think it’s good for artistes to fight the government, I personally have no problem with people in power provided they think about our interests too, politics was the last thing I could think about but I just came to realize that when we use our platform as artistes, positive things can be gained, they might not happen during this regime, but in future I believe things will not be the same,” he said.

About politics destroying the music industry, Mayinja said the industry had been destroyed by politics many years back before artistes started to make moves into politics.

“Currently we are disorganizing to organize, it’s a simple strategy. Before artistes started to engage in politics, people in power were paying less attention to our problems, but this political vibe is creating a tension that will bring good results, we might not benefit from it now, but who knows the future!” he said.

Ibrahim Abiriga PROFILE: What you should know about the fallen MP