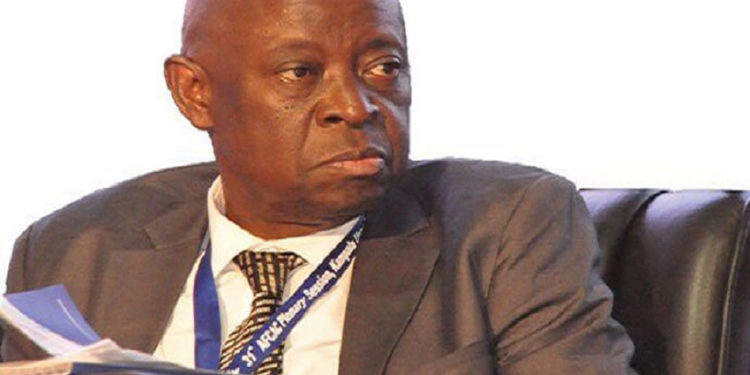 Civil Aviation Authority boss, David Kakuba is leaving after clocking and going beyond his retirement age.

Minister of Works and Transport Gen Edward Katumba Wamala has signed off the man from Kamuli to retire peacefully by 22 July. He was one of Speaker Rebecca Kadaga’s strong pillars in the corporate world.

Mr Kakuba, 65, was directed to provide a detailed handover report on any pending audit queries and progress of infrastructure projects under his docket before the expiry of his contract on June 30.

Kakuba had recently written to Works Minister Gen Edward Katumba Wamala about the end of his contract.

This was followed by a letter from State Minister for transport, Joy Kabatsi to Kakuba asking for a detailed handover report to ensure a smooth transition given that his contract was bound to elapse at the end of June.

“Taking into account the remaining time of your contract and to enable a smooth and orderly continuity of the activities of the authority and in accordance with provision no.12 of the terms and conditions of service therein, you are required to submit … a comprehensive handover showing the level of implementation of activities on detail beyond what you stated in your end of term report,” reads Kabatsi’s letter.

The fact that Kakuba himself wrote to the line Minister reminding him of the end of his contract refutes allegations that he was forced out.

“He has served his contract to the end and actually got an extension of five years,” said a source familiar with CAA affairs.

The State Minister said the hand over report must have “guidance on handling and conclusion of audit issues of ICAO including certification of Entebbe International Airport on one hand and as well as Financial Audits by the Auditor General and any other that may be outstanding.”

Kabatsi also asked for a “special report on the progress of the larger number of UCAA projects showing their level of implementation and funding.”

“Please ensure that the above are concluded by Monday, June 22, 2020 to enable you to discuss the handover with the Ministry and UCCA for smooth flow of aviation business,” Kabatsi continued.

He also earlier worked as Deputy Board Secretary of Uganda Electricity Board for six years.

Immediately after College he worked as a Senior Magistrate with the Judicial Department of Uganda.

Dr. Kakuba holds a Doctor of Philosophy Degree in Business Administration and a Bachellor’s degree of Laws from Makerere University.