by Caesar Abangirah
in National, News
7 0

Kampala has been named among Africa’s wealthiest cities.

According to the 2019 Africa Wealth Report by New World Wealth and Afrasia Bank, Kampala has been ranked number 14 out of 20 listed cities.

“Total wealth” for the purposes of the report, refers to the total private wealth held by individuals living in each city. It includes all their assets – property, cash, equities and business interests – less any liabilities. Government funds are not included in the mix,” the report done between 2008 and 2018 states.

With 40 multimillionaires (USD10m+) and a High-net-worth individual (USD1m+) of 800, the Ugandan capital city boosts a total wealth of USD16 billion.

Johannesburg, with 870 multimillionaires, is ranked number one, with most of her wealth concentrated in Sandton – home of the JSE and of head offices of most of Africa’s largest banks and corporates. Two billionaires live in this, South Africa’s biggest city.

There are 14 billionaires (individuals with net assets of $1bn or more), living in these top 20 cities.

Cape Town comes in second place on the list with its exclusive suburbs such as Clifton, Bishopscourt, Camps Bay and Bantry Bay. It is also popular among wealthy second homeowners from around the world.

Cairo in Egypt is in third place. It is home to more billionaires (four) than any other African city.

Lagos in Nigeria is in fourth position. It is also the largest city in Africa in terms of population and gross domestic product – but not in terms of wealth.

In fifth place is Durban (including Umhlanga). It is one of the fastest growing areas in SA in terms of wealth growth over the past 10 years, according to the report.

In sixth place is Nairobi in Kenya. It is the economic hub of East Africa and one of the fastest growing cities in the world.

These are followed by Pretoria, Luanda and Casablanca in seventh, eighth and ninth respectively.

Ghana’s Accra rounds up the top 10.

According to the report, South Africa remains the wealthiest country in Africa in terms of total wealth.

Next up is Egypt, followed by Nigeria, Morocco, Kenya, Angola, Ghana, Ethiopia, Tanzania and Ivory Coast.

The report notes that larger countries obviously have an advantage in this regard due to their higher populations.

Furthermore, there are 23 billionaires living in Africa, each with assets of $1bn  or more.

Total wealth in Africa has risen by 14 per cent over the past 10 years, according to the report. Africa’s performance was constrained by poor performance in the three largest African markets, namely South Africa, Egypt and Nigeria.

Total wealth held in Africa is expected to rise by 35 per cent over the next 10 years, reaching $3trn by 2028.

Mauritius, Ghana, Rwanda, Kenya, Ethiopia and Uganda are expected to have the strongest performing wealth markets in Africa over this period.

Out To Lunch: USMID program should consider greater Kampala municipalities

OPINION: An enforceable city plan should be put in place for a better Kampala

Police arrest armed robber in UPDF uniform, claims it belongs to his brother serving the army in Somalia

5 things to know about this year's goat races 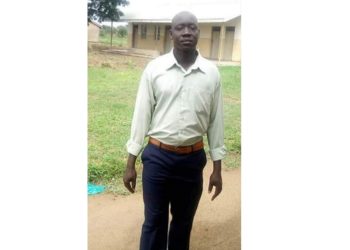 5 things to know about this year's goat races