9 facts you MUST KNOW about Ebola

by Stephen Kalema
in Health
4 0

WHO: Tanzania declining to share data on suspected Ebola cases

On Tuesday, Ministry of Health declared Ebola disease outbreak in Kasese district, south west of Uganda.
Currently, according to Minister of Health, Dr Jane Ruth Aceng, three people have tested positive and one died on Tuesday at 9:30 pm as seven people are under surveillance.

Here are seven facts you need to know about Ebola disease.

1. Ebola is one of the viral hemorrhagic fevers, caused by a viral infection of the Filoviridae family, genus Ebolavirus.

2. According to Dr Jill Seladi-Schulman, a microbiologist and infectious disease specialist, fatality rates of Ebola vary depending on the strain.
“Ebola-Zaire can have a fatality rate of up to 90 per cent while Ebola-Reston has never caused a fatality in humans,” she said.

4. The incubation period for the Ebola virus is about 2 to 21 days. This is when signs and symptoms appear.

5. Patients who die of Ebola usually have a poor immune response to the virus while those who survive have symptoms that can be severe for a week or two; recovery is often slow (weeks to months) and some survivors have chronic problems such as fatigue and eye problems.

6. A patient suspected to be with Ebola virus must have the following signs and symptoms; fever, headache, joint and muscle aches, weakness, diarrhea, vomiting, stomach pain and lack of appetite.
7. Some patients may experience: rash, red eyes, hiccups, cough, sore throat, chest pain, difficulty breathing, difficulty in swallowing and bleeding inside and outside of the body.

8. There is no standard treatment for Ebola hemorrhagic fever; only supportive therapy and experimental treatment is available.

9. Patients who survive the infection may remain contagious for approximately 21-42 days after symptoms abate.

'Stop joking, we are not going with you to Dubai'- Manager Francis tells Fresh Kid's father

The Ministry of Water and Environment together with different development  partners have once again boosted the National handwashing Initiative (NHWI)... 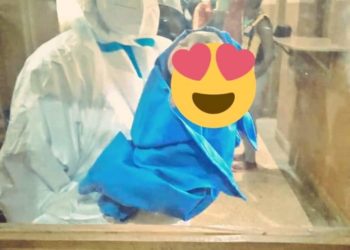 A woman (name withheld) who is hospitalised over Covid-19 has given birth to a bouncing baby. The news was communicated...

Uganda: Ministry of Health given another Shs89 billion to deal with Covid-19

Parliament has passed the Shs 1.08 trillion Supplementary Expenditure Schedule No. 3 and Addendum to Schedule 3 for the Financial...

Uganda has registered eight new cases of covid-19, bringing the total number of confirmed infections to 805. According to the... 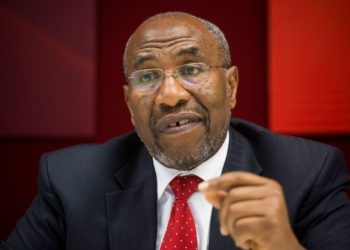 The Prime Minister Ruhakana Rugunda is back to his official duty after spending 14 days in self quarantine over covid-19....

I cannot be a widow at this age, says Pastor Kiganda’s wife after husband survives accident