Finance Trust Bank (FTB) as it celebrates its 38th anniversary has moved its headquarters from the suburb of Katwe to TWED Plaza, Lumumba Avenue, Nakasero.

Speaking at the ceremony of unveiling their new home on Friday, Ms Annet Nakawunde, the bank’s managing director said that the unveiling of a corporate branch is a strategic move to reposition the bank for its next phase of growth.

“The decision to relocate our head offices is right because what used to be microfinance customers have since grown to be corporates and they now deserve the service of being corporates,” Ms Nakawunde said, noting that, the previous location had turned inaccessible for the regulator, customers, and bank shareholders. 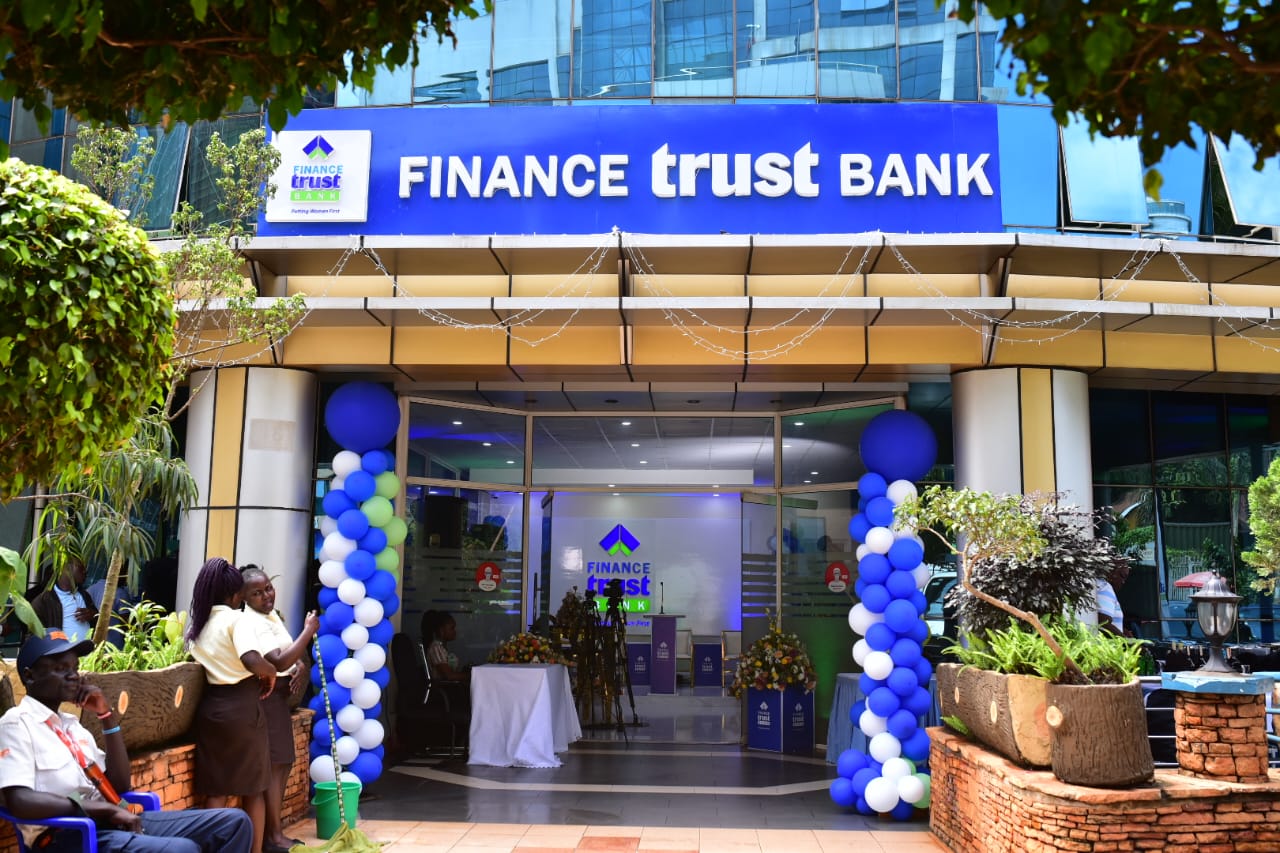 She added that the move symbolizes the bank’s determination to continuously improve its offering to the customers by ensuring that its products and services are accessible in a convenient environment.

Nakawunde reported that Finance Trust Bank is one of the most profitable commercial banks in Uganda with a large network of 35 branches including one in Kalangala islands.

Dr Evelyn Kigozi Kahiigi, the Finance Trust Bank Board chairperson also added that the bank has introduced an array of alternate banking channels to enhance its products and service delivery whilst offering its customers greater convenience in banking.

Dr Kigozi also reported that the bank has since invested in technological advancements such as alternative banking channels to safeguard against emerging threats.

“We have implemented systems and controls through sound management practices to safeguard against cyber threats. We will continue to strengthen our resilience in relation to combating cyber threats,” Dr Kigozi said, also announcing that the board, is taking a keen interest in ensuring that the bank complies with the much sought-after Environmental, Social, and Governance (ESG) policies.

“Whereas we have made tremendous strides in governance, we have deliberately put in place resources to ensure that the environment is preserved as we carry on our business transactions and support the emerging social issues,” Dr Kigozi said. “We shall go a long way in ensuring sustainability, reducing the cost of funding, and creating an environment conducive to further business progression and sustainability.”

Dr Tumubweinee Twinemanzi, the Executive Director of Supervision at the Bank of Uganda who was the guest of honour alluded to the change in the location as a bold move and commended the bank for taking advantage of the enabling environment and reforms created by the central bank to become one of the best commercial banks. 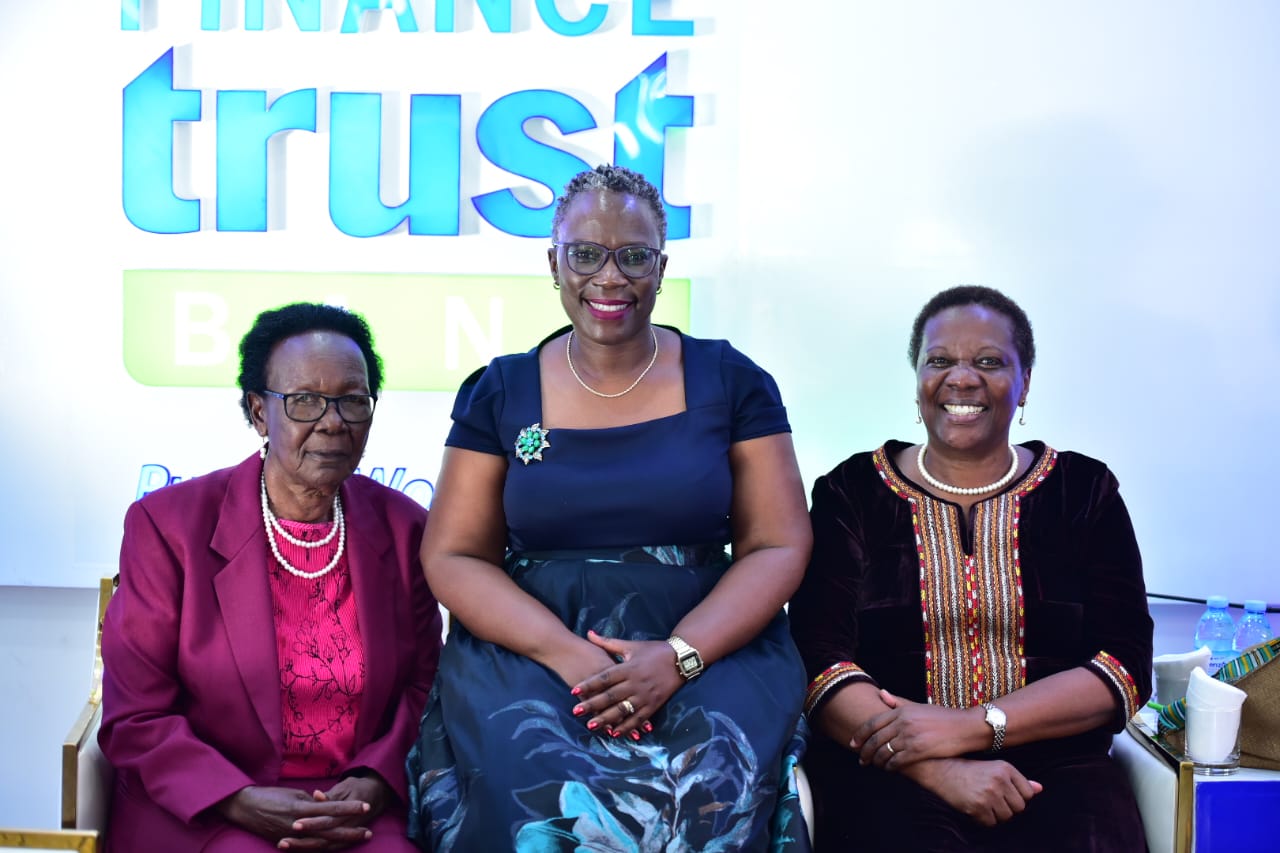 “I want to commend the management and the board for taking this institution from where you did to where it is today. It’s a demonstration of a certain level of fortitude that is rarely seen these days,” Dr Twinemanzi said. But he warned that the bigger journey is ahead.

Dr Twinemanzi also urged the bank to pay close attention to the risks associated with relying on technology to provide services.

Meanwhile, Finance Trust Bank has been in existence since 1984 and has supported the growth of women-led businesses and now serves over 500,000 savers and 29,000 borrowers countrywide.

Sixty per cent (60%) of the bank’s customers are women. Subsequently, the institution rebranded to Uganda Finance Trust Limited, a Tier III financial institution, recognized as a microfinance deposit-taking institution under the supervision of the Bank of Uganda.

On 11 November 2013, the Bank of Uganda granted the bank a full commercial banking license the institution then rebranded to its current name – Finance Trust Bank (FTB). Its core clients are in the lower pyramid of the economic strata and are inclined to serve women who are emerging rural entrepreneurs and enterprising urbanites as individuals or saving groups.

“A soldier without right ideology is a potential threat to Uganda”, says Gen. Elwelu