by Mourice Muhoozi
in National, News
153 6 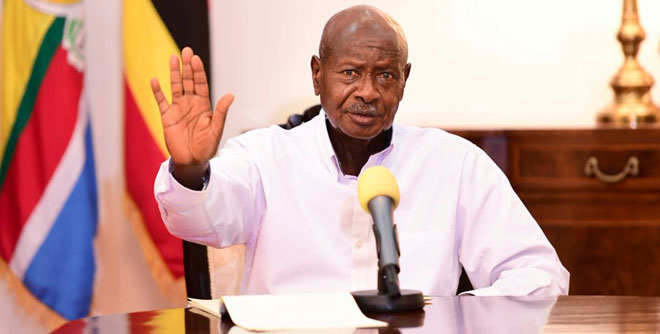 Uganda’s cabinet is still locked in a state of bewilderment, on how to increase salaries for secondary school science teachers as resolved in the cabinet meeting that took place yesterday at State House Entebbe.

This stalemate is attributed to the fact that these science teachers will edge their bosses, the headteachers for those schools in monthly earnings.

Presided over by the President of Uganda HE.Yoweri Museveni, cabinet yesterday confirmed a sweeping resolution to increase remunerations for secondary school science teachers in the budget for FY 2023/2024.

These increments are to be included in the apportioning of Shs.730 billion for a rise in scientists’ salaries, for which science teachers fall in the same docket.

Minister for Public Service Hon. Muruli Mukasa, together with the Finance minister Hon. Matia Kasaija yesterday presented a draft arrangement to cabinet, that will be followed to increase salaries for scientists, including health workers, engineers, farmers, science teachers and veterinary doctors.

Under the new arrangements, science teachers on a degree level will be paid Shs. 4 million per month from 1.1 million, while their diploma counterparts will earn Shs. 3 million monthly, from Shs. 796,000.

It should be noted that cabinet is deeply worried and seriously concerned, that this is likely to generate discontent, and conflicts among schools’ staff.
This is attributed to the fact that salaries of these teachers will bypass those of their bosses, the headteachers, from whom they are supposed to take directives.

The fact that Arts and Humanities teachers were left out ot the new arrangements generated calls for concern among ministers.

According to trusted sources, the president had earlier on stuck to his demand, that primary science teachers be included in the new arrangements, but the idea was later dropped, after resolving that it will be effected in the budget of FY 2024/2025.

The President also tasked the Finance minister, to come up with transparent arrangements, that will see increments, of auxiliary health workers’ monthly earnings in all government health centres like cleaners, whose demonstrations for the cause started yesterday.

These developments come at the backdrop of ongoing industrial actions undertaken by allied health workers, a section of health practitioners who aid in smooth running of activities in government owned health facilities, negativity impacting operations.

These allied health workers demand to at least be paid Shs. 3 million monthly for degree holders, Shs. 2 million per month for diploma holders, while certificate holders be paid Shs.1 million.

On the other side of the coin, Arts and humanities’ teachers are seriously aggrieved and have also started strikes in various parts of the country, to allegedly send a strong message to the government that the increment should cut across, and that all teachers matter.

Meanwhile, the President instructed the minister of Agriculture, Animal Industry and Fisheries (MAAIF) to supply clarifications on how government can aid farmers linked to cooking oil production, as an antidote to everyday increasing prices of basic commodities.
Faced with the task of supplying the real number of these farmers such that government comes to their rescue, minister Frank Tumwebaze trembled and meserably failed to supply the exact figure.

The President wanted to know how growers of sorghum and soya, from which cooking oil and soap are made can be facilitated, to enable the fast maturity of these crops, as a solution to the soaring commodity prices, which has brought unforetold miseries to the populace.

It's not Andrew Mwenda! Sheebah finally reveals identity of 'big man' in government who sexually assaulted her