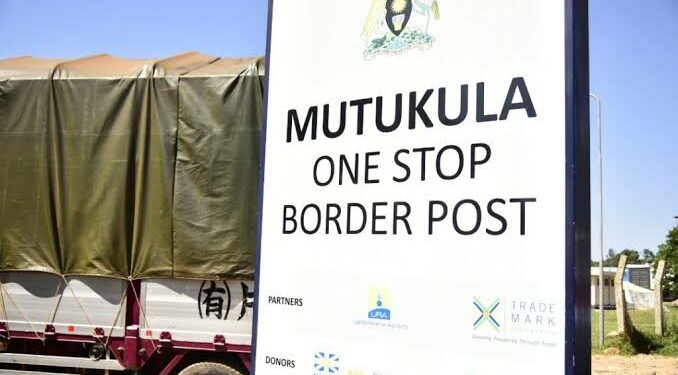 Legislators on the trade committee are looking into a petition from rice traders urging Parliament’s intervention on a decision to halt their importation of rice without paying Value Added Tax (VAT).

This follows a directive by Deputy Speaker Thomas Tayebwa to the Ministry of Trade, Industry and Cooperatives to issue a letter to rice traders to enable them import rice through the Mutukula border, without any challenges.

During a House sitting on Thursday, 05 May 2022, Tayebwa said the rice traders petitioned him over the Rice Agribusiness Development Foundation (RADFO), a company that was given autonomous powers to import rice via Mutukula, which they said was frustrating trade.

RADFO made presentations to the trade committee on Monday, 16 May 2022, along with Kampala Rice Traders Association, Rice Millers Council of Uganda and Rice Business Sector Association.

Livingstone Ssenyonga from the Kampala Rice Traders Association revealed that several companies subscribing to the association were issued permits allowing them to import tax exempt rice from Tanzania.

He said it was unfair for the state minister for trade, Hon. Harriet Ntabazi, to direct the Uganda Revenue Authority (URA) to recall issued and operational tax exempted rice importation licenses, after traders had already expended money towards importation of the rice.

“The URA directive halting clearance of VAT exempt rice imports other than the 15 importers operating under the court order was erroneously issued since it appears to only favour the 15 importers who sued URA,” reads the petition.

In the petition, the traders observed that much as the move was aimed at boosting local production, they were not aware of any existing domestic rice stocks in Uganda, adding that traders had failed to buy locally in a bid to curb domestic rice scarcity.

“Officials at the border have been asking us to pay for VAT on the rice we import from Tanzania, a move that puzzled us. The trucks transporting the rice are being charged very highly which has made them stay long at the border,” Ssenyonga said.

“The longer our trucks spend held at the border, the more expensive it gets and if you add the tax they want us to pay, it will become costly for us to break even in our businesses,” he added.

Ssenyonga further noted that the rice traders did not get any information of the minister’s move to halt the importation of tax exempt rice, adding that of the 15 companies cleared by the minister, only five are currently operational.

He said some importers have resorted to going through the five operational companies exempted from paying import tax, to bring in their consignments of rice, however, at a cost.

He observed that rice traders are supposed to pay Shs180,000 for each ton of rice they import, exclusive of tax, which RADFO has been collecting.

However, the traders have been paying Shs220,000 per ton to the tax exempted companies, in a bid to have their consignments cross the Mutukula border.

“RADCO started charging this money at the beginning of January 2022 but stopped towards the end of March because we challenged them through our petition to Parliament. We have been importing exclusive of tax beginning with the last two days,” said Ssenyonga.

Moses Ssekandi, the Secretary RADFO, told the committee that the foundation was given the mandate to act as an apex body to regulate companies importing rice to Uganda.

This followed a petition by Rice Millers Council of Uganda to the Ministry of East African Community Affairs, citing stifling of rice production by the inflow of imports of the crop from other countries.

“By March 2021, a kilogramme of rice from Tanzania was at Shs2,100 on the Ugandan market, compared to rice produced locally, at Shs2,800. With this, millers in Uganda could not sell their rice favourably,” Ssekandi said.

He added that the move to implement a tax on rice imports helped to improve price competition on the market in favour of Ugandan rice growers as well as millers.

“RADFO started its work in January 2022 and by February, the price of locally produced rice had gained momentum at Shs2,900 compared to rice imported from Tanzania at Shs3,000,” Ssekandi noted.

He said owing to government’s mission of import substitution, RADFO executed its mandate at the border by encouraging importers to engage in rice production in Uganda through collection of the Shs180,000 per ton of rice imported.

He told MPs that the money collected would be used to assist the importers to invest in rice production within Uganda.

Phillip Idro from the Rice Millers Council of Uganda reiterated the need to check on the inflow of rice from other countries, so as to give Ugandan farmers and millers adding value to rice, an edge in the market.

“As farmers and millers who have invested, we would like to see control in imports so that the local farmers can increase production and make money,” Idro said.