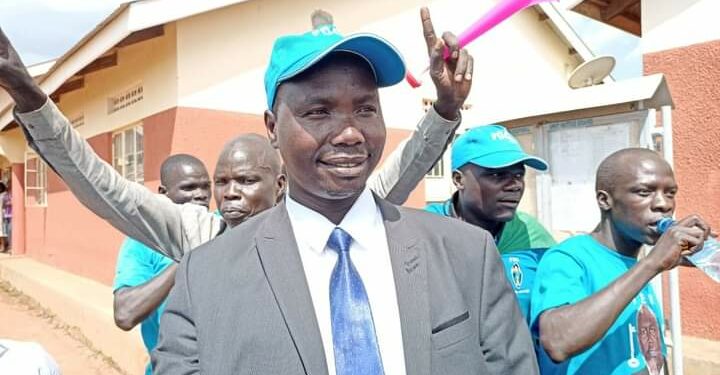 The Forum For Democratic Change-FDC party has fronted a new aspirant for the Omoro County Parliamentary by-election, just a day after the first one went missing.

Justine Odong Obiya, the FDC Chairperson in Omoro District was unveiled on Friday afternoon to replace Dick Denis Owani who was allegedly abducted by unknown persons shortly before his nomination. Owani had been lined up for nomination on Thursday.

Komakech says Obiya is their official candidate for now and will be given all the necessary support to secure victory for the party.

Chua west Member of Parliament Philip Polly Okin and FDC envoy in charge of special operations in FDC said earlier that there was an attempt to bribe Owani out of the race by his abductors. Okin, however, didn’t disclose how much the alleged abductors had offered but noted that their candidate rejected the money and hinted at continuing with the contest.

The new candidate fronted was  nominated on Friday by the Electoral Commission Returning officer Moses Kagona.

Odong will face off with National Resistance Movement party Flag bearer Andrew Ojok Oulanyah in a race to fill a seat that fell vacant with the death of Jacob Oulanyah L’okori, the former speaker of Parliament who succumbed to cancer early this year.