by Mourice Muhoozi
in National, News
7 0 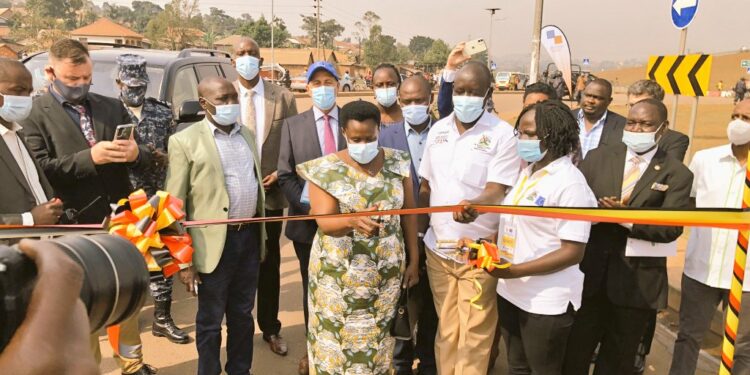 The project, titled, Capacity Improvement of the Kampala Northern Bypass, was co-funded by the Government of Uganda (GoU), and the European Union. It was entrusted to construction companies; COWI and Motal-Engil Uganda.
First conceived in 1993, the Kampala Northern by-pass was planned as a two-phase project, whose first phase – was solely financed by the European Union – and completed in October 2009.

The Government of Uganda undertook to construct the first phase of the project between 2004 and 2009, with a grant from the EU of EUR 52.2 million.

The second phase of the project commenced in July 2014, was financed through a EUR 40 million grant from the EU, and a EUR 7.2 million concessional loan from the European Investment Bank (EIB), along with Government of Uganda funding to the tune of EUR 124.7 million.

“The Government of Uganda thanks the European Union for providing financial support towards the development of critical infrastructure aimed at accelerating the socio-economic transformation of Uganda and the East African region at large,” she said.

Speaking at the launch, the EU Ambassador to Uganda H.E Attilio Pacifici wondered how general life in Kampala city would be like, without the Northern By-pass road, and also underlined the project’s role in fostering of cooperation between the EU and Uganda. 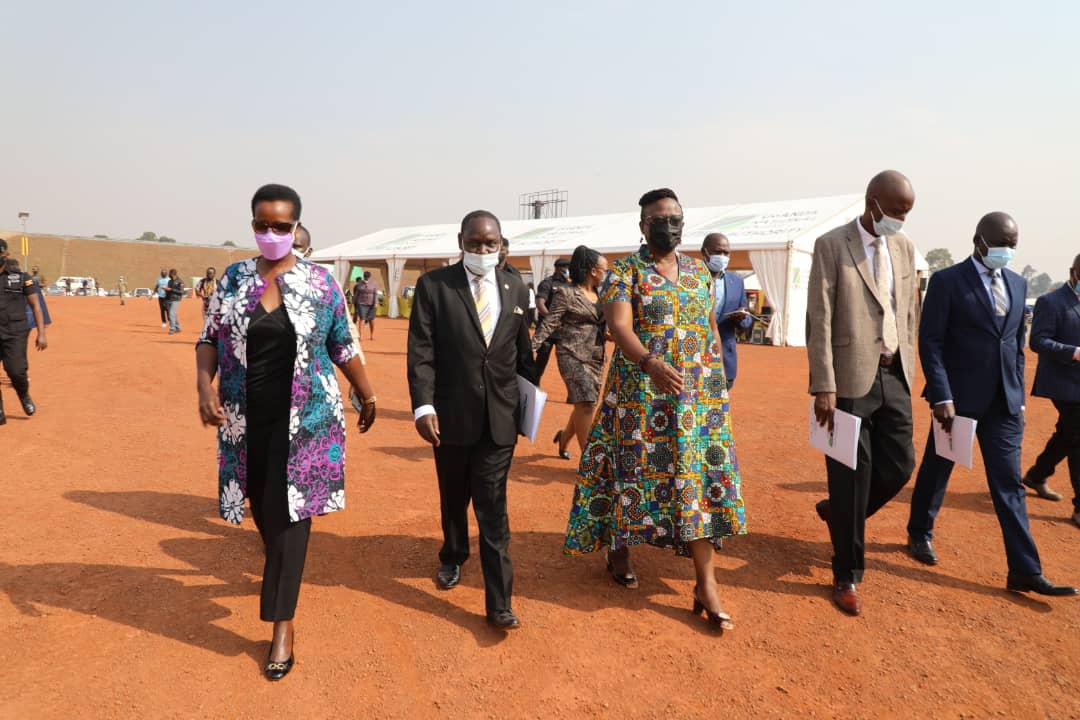 “Can you take a moment to imagine what life would be like in the Kampala metropolitan area without the Kampala Northern Bypass? This project is but one of many in the long and rich history of cooperation between the European Union and Uganda. Over the last 35 years, the EU has supported Uganda’s transport sector with grants amounting to approximately EUR 800 million (UGX 3 trillion going by today’s exchange rates),” said Pacifici.

Also speaking at the launch, UNRA Executive Director, Allen Kagina said the completion of the project is vital in easing safe movement of people, and trade products, in and outside Kampala city, adding that it will also be very crucial in streering Uganda’s economic growth.

“The Capacity Improvement of the Kampala Northern Bypass Project has taken us long strides to complete and demanded considerable amount of money. However, each coin we spent on the road as well as the efforts have been worth it. ”

“We now have a bypass which will greatly contribute to smooth and safe traffic movement within and around Kampala. The road will not only facilitate traffic flow but also enhance the growth of the National Economy. We are not just building roads, we are building the future of our Country Uganda,” said Kagina.

Motal-Engil Uganda Managing Director Mauro Ventura, expressed satsifaction with his company’s ability to complete the construction of the road project, and applauded stakeholders in the transport sector for the great co-operation rendered in ensuring the project completion.

“We are delighted to successfully deliver on our contract to build the second phase of the Kampala Northern Bypass. A challenging project but with a happy ending. Mota-Engil cannot fail to be grateful to all stakeholders for the support and work to achieve this great milestone; in a special way to the more than 1500 employees, 90% of whom are Ugandans for their handprint in this magnificent project. We are proud to contribute to Uganda’s development, economic growth and improved livelihood of its citizens,” said Ventura.

COWI Uganda Deputy Resident Engineer, Tesfaye G. Taye appreciated Uganda for making COWI part of the road project, and also expressed gratitude to Ugandan employees, who selflessly supplied labor to his company, leading to the completion of the project. He also stated clearly, that an exellent road network contributes to Uganda’s prosperity.

“COWI is grateful to the Government of Uganda, the European Union and UNRA for getting opportunity to be part of this grand project. It has participated in the design review and construction supervision works.

“Even though there were so many challenges through the project’s life, COWI has managed to carry out its responsibility with highest professional ethics thanks to its hardworking and disciplined Ugandan and expatriate staff. COWI congratulates and says well done to all stakeholders. Building good roads will undoubtedly create wealth to the country in the long-run apart from creating jobs in the short-term,” added Taye.

Despite delays to completion of the road project particularly related to land acquisition challenges, and a significant upgrade of the project design during construction and under heavy traffic, the project has delivered substantial outputs.
Now, mobility in and around Kampala through a capacity increase of the Kampala Northern by-pass has substantially increased, relieving congestion on this vital northern corridor route, while reducing travel time and vehicle operating costs at the same time improving road safety.

How Government risked lives of Islanders with MV Kalangala management