You cannot intimidate us- Striking lecturers tell off Janet Museveni

However, according to Ronah Magala, the head of the University Council in Makerere University, striking of the lecturers is lawful and it's not against any laws. She, however, added that the striking of lecturers has not affected any programmes of the university.

by Stephen Kalema
in News
39 1 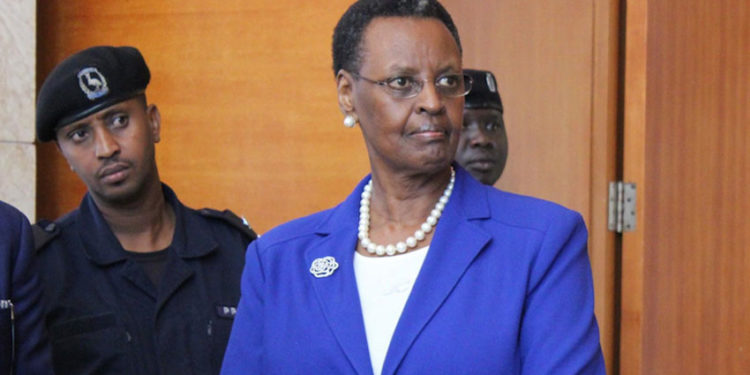 Leaders of public University Councils have said that they will not be intimidated by orders recently made by the Minister of Education and Sports, Janet Kataha Museveni, to reign in on striking lecturers.

They claim the strike by lecturers from public universities across the country which started last month due to the government’s failure to fulfill its promises of increasing its salaries is legal.

Over the weekend, Mrs Museveni, also First Lady wrote a letter directing all heads of university councils plus the entire managements of public universities to condemn each lecturer on the strike individually.

In the letter, she said that the ministry is tired of seeing lecturers playing politics in the matters of education thus putting the entire ministry on tenterhooks.

However, according to Ronah Magala, the head of the University Council in Makerere University, striking of the lecturers is lawful and it’s not against any laws. She, however, added that the striking of lecturers has not affected any programmes of the university.

“Makerere has a contract with every lecturer and that contract is still effective and if the terms in that contract are not fulfilled they will write down,” she said.

In an interview with this website concerning the warning letter by the First Lady, the chairperson of Forum for Academic Staff Association in Public Universities (FAPSU), Dr. Deus Kamunyu Muhwezi expressed his disappointment with the minister’s move of intimidating them without working on their grievances.

“We have not received yet any latter from the minister and when we receive it we shall go and ask the owners of these strikes (lecturers) because we are just leaders before we make any move we need to ask them. However, we have not received any good news but they are only intimidating us and I think that will not work,” he said.

Dr Kamunyu said that the academic staff want Shs129.24b released for full enhancement of salaries from senior lecturers and below at all public universities.

It’s recalled that in 2015 President Yoweri Kaguta Museveni promised to increase salaries of teaching staff in government universities where a professor will be earning Shs15m and a senior lecturer earn Shs12.2m.

After repetitive strikes by the lecturers in the following years, the government decided to implement this directive in a phased manner for five years starting with scientists. However, in the Financial Year of 2020/2021, the government released only Shs50b which benefited only professors and associate professors, who got their 100 percent salary increment (Shs15m).

However the lecturers’ increment up to now has not been realized, yet universities resumed on 1st March.