My life is in danger! MP Fungaroo cries to Parliament as drone cars keep on trailing him, family

by Stephen Kalema
in National, News
18 1 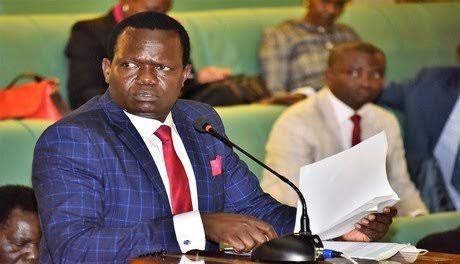 The outgoing Obongi County Member of Parliament , Fungaroo Kaps Hassan, has run to the Parliament to protect his dear life as drone cars keep on trailing him and his family members.

Fungaroo, who has represented Obongi county for three terms but lost to National Resistance Movement (NRM)’s George Bhoka in the last general elections disclosed his fears while on the floor of Parliament on Thursday where he said that while he was heading to Parliament from West Nile he was intercepted by people driving drones.

“These vehicles have been used by kidnappers in Arua, Yumbe. Yet the President recently talked about stopping the drones abductions but they are still operating, now what is the use of the head of the state talking about evil when the evil is continuing to happen. Family members of the opposition are living the fear. I therefore Madam Speaker stand here seeking protection fpr my life and the lives of my family. These vehicles are also following my children while going to school,” he said.

Fungaroo noted that Parliament is only focusing on the abducted people, but it has failed to stop the vice of abducting people. “We are asking the minister to provide a list of those abducted but what about people like me and others who are about to be abducted? These people are chasing me? Where is the Parliamentary immunity we talk about? Have we now criminalized the opposition? So can I say that we don’t have political descent in our country? As we wait for the solution of those who have been abducted, we need to find a solution to those who are about to be abducted.”

He went on and said that people who been abducted in the West Nile have been released but some will never be the same while others are dying due to torture that was inflicted on them.

“People get tortured and poisoned; people are dying slowly. Some of the abductors are in Police particularly the DPC of Obongi, called Abel Luganza is the master of all these evils and is telling people openly ‘I can kill or abduct you and nothing happens to me’ I have reported to Police authorities but this young man seems to be above the laws in Uganda, what do I do? I need help House,” said Fungaroo

His plea led to the leader of the House Rebecca Kadaga to command Police to ensure his full protection.

“I direct the IGP to provide security to Hon Fungaroo, and I also direct the Minister of Internal Affairs to examine the complaints made by Hon Fungaroo and ensure that both he and his family plus other people are secure but also to investigate the conduct of the District Police Commander for Obongi. I expect MP Fungaroo here on Thursday next week to give us updates on the request made,” she said.

ALDRINE NSUBUGA SNR: Why Bobi Wine’s car has been analyzed more deeply than US Air Force One

ALDRINE NSUBUGA SNR: Why Bobi Wine's car has been analyzed more deeply than US Air Force One