Rema Namakula will be busy with her husband! Comedian Alex Muhangi reveals why he removed singer from list of artistes to perform on his Valentine’s show 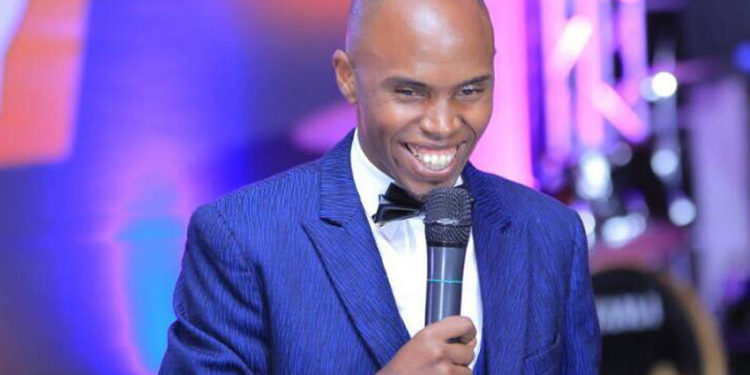 Comedy Store Uganda CEO Alex Muhangi has revealed why he removed singer Rema Namakula from the list of artistes, expected to perform on his Valentine’s day special event which will be held at Kampala Serena Hotel.

Muhangi had put Rema on the poster as the lead performer at his Valentine’s dinner slated for February 14, 2021, but after a few hours, edits were done and Rema was pulled off from the poster.

Being that Rema’s songs win a lot of lovers hearts, fans started to complain to Muhangi, advising him to put Rema back on the poster.

But speaking about the matter on Spark TV’s Live wire on Monday, Muhangi said that he would also like to have Rema perform on his event, but the singer is currently not like other artists like Spice Diana, Sheebah or Lydia Jasmine; she has alot of engagements.

He added that Rema is in a serious relationship with her husband Hamza Sebunya and she enjoys giving attention to her man, and being that Valentine is a day for lovers, it’s not easy to book a married woman for the show.

He however assured fans that Rema and Hamza were invited to the event as guests, and if she feels like performing, she will do so at her own convenience.

Muhangi’s valentine’s dinner will go for Shs500,000 couple, and Shs300,000 singles. The event will feature several performers who include Sheebah, Spice Diana, Cindy, Afrigo Band, Joseph Sax,Myko Ouma and the Band. plus comedy from MC Mariachi, Teacher Mpamire, Madrat and Chiko, Maulana and Reign among others.

They should tell us if they fear Museveni! Besigye's People's government angry at ICC for ignoring their petition against the President