by Lawrence Kazooba
in News, Politics
19 1 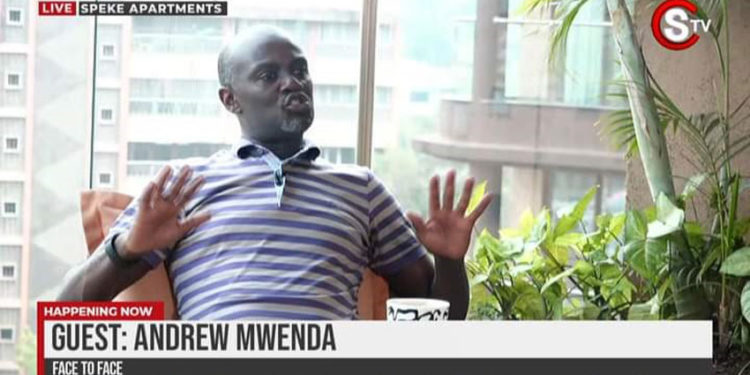 Controversial journalist Andrew Mwenda has said he went to pick National Unity Platform card as a stunt, explaining that he is not a member of any party.

Mwenda who threatened to challenge NUP supremo, Robert Kyagulanyi as presidential candidate, now says he has no interest in standing for any political office and hs going to Kamwokya with Joel Ssenyonyi was a joke which was blown out of proportion.

Mwenda told STV’s Elijah Turyagumanawe, that he is yearning for change although he doesn’t see a political group which is different from NRM.

He says Africa has lots of change but it is not qualitative. He said Bobi Wine has nothing to offer, and believes the only person who different in terms of values is Gen Mugisha Muntu.

“I don’t want to change from Amin to Adolf Hitler,” Mwenda said.

Mwenda says NUP has an extremist group which cannot be trusted with power.
He however said when he visited NUP offices in Kamwokya, he realised that not all NUP members are radicals.

“Some young ladies welcomed me, and told the radical extremist group which was stopping me from taking membership that I should be left to subscribe to the party because it was my right,” he said.