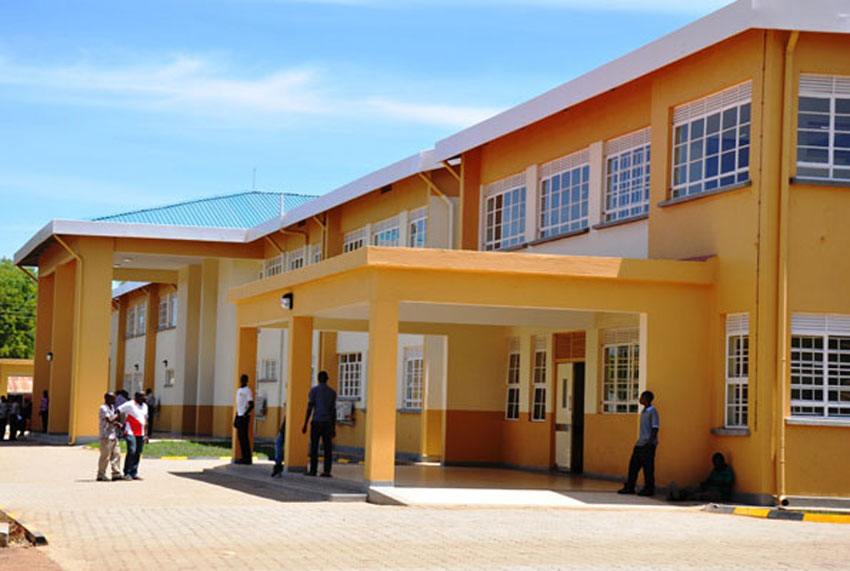 This is mainly to His Excellency the President of the Republic of Uganda on the fight against corruption and total elimination of the scud.

Mr. President, your serious fight against corruption is appreciated but it seems not to yield fruit as people who are corrupt and involved in corruption are protected and very strong because they are surrounded by people within your government.
A case in mind is corruption at Moroto regional referral hospital under the accounting officer of Mr. Mawa Geoffrey and Mr. Otim James Onegui, the administrator and the project manager.

These two have steered corruption at the hospital with impunity and claim to be attached to president’s office.

They have among others done the following:

1. Spent shs.19m purporting to have repaired the landrover but have not.

2. Formulated their companies in the names of M/s Obey for Mr. Otim and Global Media connection ltd for Mr. Mawa as service providers in the hospital. THIS is not allowed by the rules of the declaration of pecuniary interest.

3. Reduced the size of the staff accommodation flats and shared the difference with the constructor M/s Musuuza construction company. The proceeds were used for building and buying their houses and properties in different parts of the country and under different names. In Kiira municipal, Arua, Masindi and Kampala for Mr. Mawa. In Kampala, Mpererwe, Tororo, Soroti, Serere, Nalukulongo and Nebbi for Mr. Otim. Recently Mr. Otim bought another house in Gulu behind former UEB offices. They also built and paid tuitions for the Board chairman of Moroto Hospital.

4. Sold two generators and other items of the Hospital and no proceeds of the same was banked in the consolidated funds accounts as required by law.

5. A vehicle which was used by the Director was hidden in Wamucco Motors for two(2) years and later disappeared. The director’s driver knows the number plate of the vehicle, other vehicles and items were boarded off but no proceeds were banked in the consolidated funds accounts as required.

6. Deleted staffs from payroll without following the proper procedures leading to untold suffering of staff in the Hospital, others even left the work, more especially the nurses who refused to their sexual demands.

These people (Mr. Mawa and Mr. Otim) and others were arrested by Madam Nakalema { we shall not allow corruption to take us backwards-New vision of 3rd October 2019 pg10 } but were released under unclear circumstances. They were not even interdicted like other Government officers (the very week Soroti staff were arrested and interdicted immediately) to pave way for investigations, they were allowed back to offices to continue normally. To cover them Mr. Mawa was transferred to Hoima hospital and Mr. Otim was transferred to Gulu Hospital after being rejected by other Hospitals including Mbarara Hospital. We were later told that a certain known more powerful lady got them released purporting that it was an administrative error, mind you before the arrest Madam Nakalema was told earlier that these people were untouchable.

We were even told that some documents which would have implicated these people were stolen/smuggled in Moroto.

Mr. Mawa continues to work normally in Hoima Hospital while attending anti-corruption court. They are buying time to dismiss the genuine case on him by mentioning (He is appearing on the 7th Aug 2020 just for mentioning) for sometimes then get him off. This is not normal in civil service anywhere in the world/sign of a failed system, he will soon be released without any issues because they are able to buy their way out.

We appeal to the President and those in Judiciary to audit those handling Mr. Mama’s case and to revisit or cause reinvestigation of corruption issues under Mr. Mawa and Mr. Otim in Moroto Reg Ref Hospital. Something was wrong.

YOUR EXCELLENCY THE PRESIDENT, How can the fight on corruption succeed if it is done selectively and those whose corruption is known everywhere are only transferred to spread the corruption blood to other Districts/Hospitals? To prove please investigate these officers in two entities which they worked in the past.