by Stephen Kalema
in News, Politics
17 1 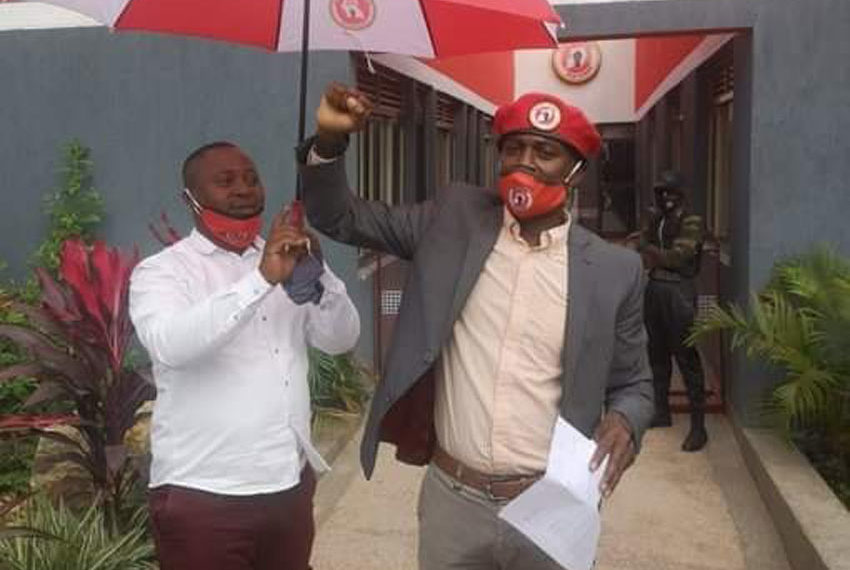 After joining the party, Mwenda called for a presidential debate between himself and party leader Bobi Wine. He wants to stand against Kyagulanyi and defeat him to be the party presidential flag bearer in the 2021 General Election.

“This morning I went to the headquarters of the national Unity Platform registered as a member and pay and picked forms to run as a presidential candidate of NUP so, in the primaries of NUP where they had anointed Bobi Wine as a sole candidate just like NRM, I want to challenge him so that there is democracy in all of these parties and I think I am going to defeat him,” he said.

Following his decision, People Power/ NUP supporters have since welcomed the pro-Museveni political analyst to their party but in a scornful way.

Denis Kisanje said, “Thanks for joining us the hooligans feel at home. now we’re waiting for President Museveni to pick this card too.”

“I really hope Bobi Wine finds the time to take this on, we all know it’s a distraction but it would be nice if he whooped Andrew Mwenda entitled ass in a primary. Or let’s do an opinion poll and settle it” said Provacativu.

Orderly man said “Early stages of OCD(obsessive-compulsive disorder). The old man just can’t get NUP and HEBobiwine out of his head. Another stunt, many more to come. Stay tuned,”

“We all know that you are a Bobi Wine and People Power critic and that’s what has brought you to close such that you can ease your work, however, all you have to know this generation ain’t your league any more, it will always outsmart you like it or not so we’re watching you,” Walugembe Marvin said.

“When you underestimate people you go against God. Many Ugandans are hurt by this same system but then a group of the so-called intolerant youth and hooligans form a pressure group. They are called clueless and everything. Now they have a political party and you run to it. Sad!” Counsel Namara said.

“If your joining is in good faith, then you will have become a freedom fighter but if you have a hidden agenda which is most likely the case, then your generation will be cursed and God must punish you,” said Okello Danish.

Najjemba Catherine asked “Why would someone pick a card from a group of hooligans? why now ?! why NUP? what are your dubious agendas?”

“People power has never killed anyone or stolen any money. That issues of painting them as a violet group won’t work. People lose lives to Uganda police and LDU and u never speak about it. U say they are abusive. Who has ever died of insults?” asked Rogers Kajubi.

Abmuhumuza said “Thanks for recognizing and helping to legitimize NUP. However, I think your intention here is to be a witness against NUP in court on the pretext that NUP misleads you into believing they were a genuinely registered political party. Ref. Petition to EC & ISO by a one, Byamukama.”

“Am curious, Why don’t you register as a member in NRM and run against a man that has been here for 30yrs than going for a man that intends to run for the first time,” Kadi said.

Humphry Mpaire said “So what was your general reason for visiting the Party int he first place! You don’t just ask for the Big man’s seat straight out of nowhere! If that was the case, your secretary would be the CEO of Independent Magazine by now!”

“You once said, “Now if I drove to People Power offices in Kamwokya, I would not come out alive, if I do take all my inheritance.” You did not only come out alive, but you also came out with a party card, red beret, an umbrella and most important a Presidential nomination form!!! Andrew Mwenda I challenge you to tell us if your tolerate friends would give you half of that?” asked Kabila Denis.