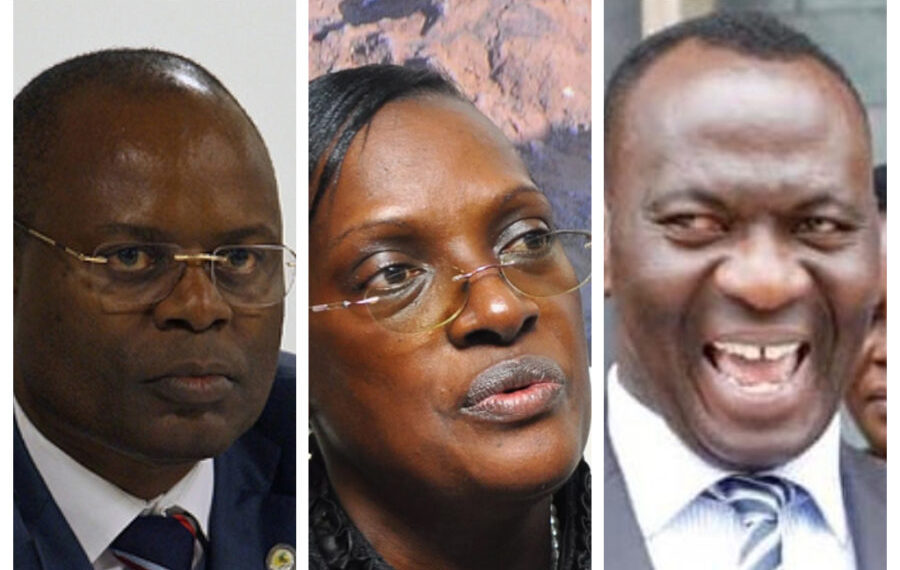 The director of public prosecutions has written a detailed letter instructing police’s investigations arm, CID, to dig and surround top officials of the Bank of Uganda in fleecing defunct banks.

The closure and sale of defunct banks was subject to a parliamentary committee last year, whose recommendations were temporarily ignored by Bank of Uganda, Inspectorate of Government, the Financial Intelligence Authority among institutions that would have taken interest in the matter at the heart of the Ugandan economy.

However, CID is redeeming the image of the state with instructions that officials mentioned and found culpable in the parliamentary probe be arrested, quizzed and if need arises be brought in courts of law to defend themselves against causing losses to government, bank owners and bank customers.

This is the most veiled legal instruction indicating that former and current Bank of Uganda bosses involved in fleecing assets of defunct banks are not above the law.

The officials include among others former deputy governor Dr Louis Kasekende, former executive director Justine Bagyenda, current Director Financial Markets Development Ben Sekabira, and others at Bank of Uganda involved in this saga that oversaw closure and solvent of several commercial banks, a move which has hurt the economy over the years as well as the owners and customers of those banks.

Mr Odiit Andrew, on behalf of the Director of Public Prosecution on July 7, 2020, instructed the Criminal Investigation Directorate (CID) to arrest and search properties of Kasekende, Bagyenda, Sekabira and their associates.

He also directed the arrest of Mr Kakembo Katende, Evelyn Nanyonga and Polly K Ndyarugahi whose companies were involved in acquiring and selling assets of the defunct banks.

Among companies of interest is M/S Kirkland Associates, SIL Investments and Nile River Acquisition Company ltd, businesses associated with Sekabira and others still at large.

DDP wants CID to establish how the people above can be helpful in finding the destination and current status of land titles and how those land titles were seized and deposed of.

DPP intends to have all the pending progressive reports completed to give way to prosecution of the above persons after courts have sufficient evidence on the file.

“That this case file and investigations therein were opened upon recommendations made by COSASE a parliamentary committee. It is to investigate circumstances under which certificates of title of the former clients of defunct commercial banks were handed over to Mr Kakembo Katende  of M/S Kirkland Associates through M/S SIL Investments and Nile River Acquisition Company ltd.” The letter reads in part.

The DDP directed CID to “Obtain a Court Order to search and seize all relevant documents, computers from offices and or homes of the suspects for and useful pieces of evidence since they have refused to cooperate.  Obtain and retrieve all documents detailing all transactions between River Acquisition and SIL Investment Limited.  Record statements from the former Deputy Governor of Bank of Uganda one Louis Kasekende and one J. Bagyenda (Mrs). Evidence on record indicates that they were involved in the saga”.

DPP wants to comb all corners of the suspects. He wants CID to ask “The Auditor General to carry out a specific forensic audit to establish whether or not the continued charging of interest on loans when the banks are in liquidation is irregular since the banking business stops at the time of closure. Provide a list of loan portfolios demanded by Bank of Uganda from respective borrowers of the defunct banks in its capacity as the liquidator before Nile River Acquisition Limited took over and retrieved certified copies of certificates of title complained of, from Commissioner Land Registration, Ministry of Lands, Housing and Urban Development.

A special audit report by the Auditor General (AG) revealed weaknesses in the management of the Central Bank and placed blame on the door of the Governor Emmanuel Mutebile and his team for errors in the closure of at least seven commercial banks.

The AG found out that in the Purchase of Assets and Assumption of Liabilities (P&A) deal BoU officials signed with Dfcu on January 25, 2017 for the purchase of Crane Bank Limited, the most recent bank to be disposed off, there was not even negotiation minutes leading to the P&A agreement. On top of that BoU did not carry out a valuation of the assets and liabilities of CBL before their sale.

The Crane Bank sale opened a pandora box and a closet of skeletons hiding behind the Grand Bank of Uganda, have come out dancing on streets. The Bank of Uganda image has in the process suffered by its officials have failed to acknowledge and right the wrongs in the Central Bank systems.