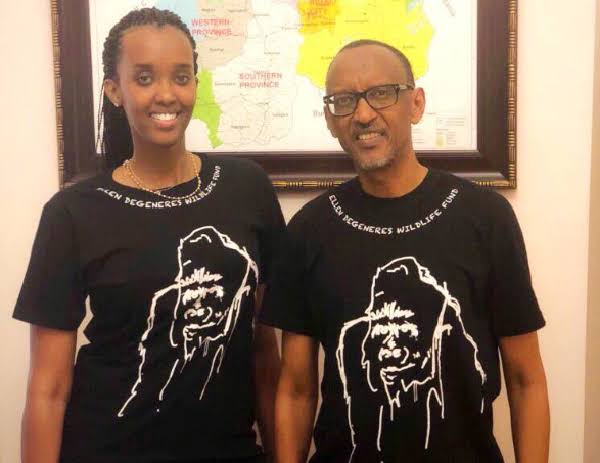 The Rwandan president has become a grandfather. He broke the news in a Twitter post on Monday.

“Since yesterday, we are very happily “officially” grandparents. Congratulations A&B. What a joy!” he tweeted.

They dropped a baby girl on Sunday. The whole family is elated.

Kagame joins his mentor, Yoweri Museveni, to be a jjajja, a title the Ugandan leader takes lots of pride in.

In becoming grandfathers, symbolizes a lot for the leaders who took up the reigns of their countries as youthful firebrands.

The story of Rwanda development has swept international headlines, and for Mr Kagame, he walks with his head high that he has made a contribution to a country he found almost in pieces. Despite all that, queries of human rights violations still persist.

In Uganda, the stalled growth of Uganda in the recent decade has left many asking if the Ugandan Jjajja ponders his exit for fresh blood to come in and infuse more energy into the country. Unfortunately, the grandpa mended the constitution and wants to hold on power till no one knows where.

Kagame has however promised to leave the stage after the expiry of this term. Hope he can use his retirement to pass on experience and wisdom onto his grandchildren as they come one by one, like jjajja are expected to do in African tradition, and not pick a leaf from his mentor in Uganda.

Elgon Cup: Advantage for Uganda after thrashing Kenya in Kisumu