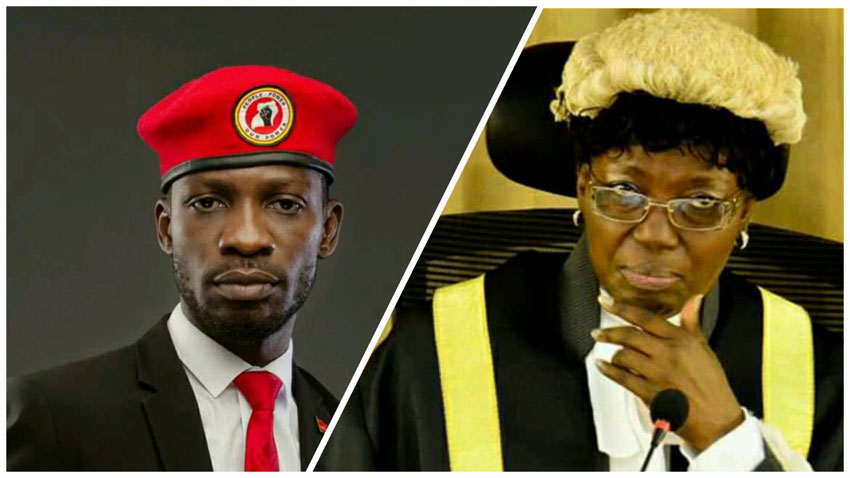 Presidential hopeful Robert Kyagulanyi Ssentamu alias Bobi Wine has challenged the Speaker of Parliament Rebecca Kadaga to exercise her powers and kick Mr Yoweri Museveni out of presidency in order to save the country from a looming constitutional crisis that’s likely to come out of the “abnormal” elections being organized by the Electoral Commission.

Bobi Wine made the remarks while appearing for a radio talk show on 89.4 NBS FM in Jinja on Saturday 11.

Kyagulanyi, who has since taken the Ngobi name upon himself ( Ngobi is a name from the royal clan of Busoga)informed his listeners that President Museveni is currently occupying the presidency illegally and went on to stress that it’s Kadaga who should have been at the helm of the country in the prevailing circumstances.

“It’s the speaker who is supposed to be presiding over the country now. Museveni is illegally occupying that office through intimidation and manipulation of the law and I have always said it wherever I have been,” Kyagulanyi said.

Kyagulanyi who also doubles as a Member of Parliament for Kyadondo East faulted the speaker for chickening out probably in face of intimidation from President Museveni at the expense of the powers conferred upon her by the constitution to guide the country in troublesome times like the one prevalent now due to Coronavirus.

” I don’t know why my ” Senga” [ Kadaga] has not yet thought about invoking her powers to become president. She is meant to be the rightful president now but it’s like she has also succumbed to the regime intimidation,” he continued.