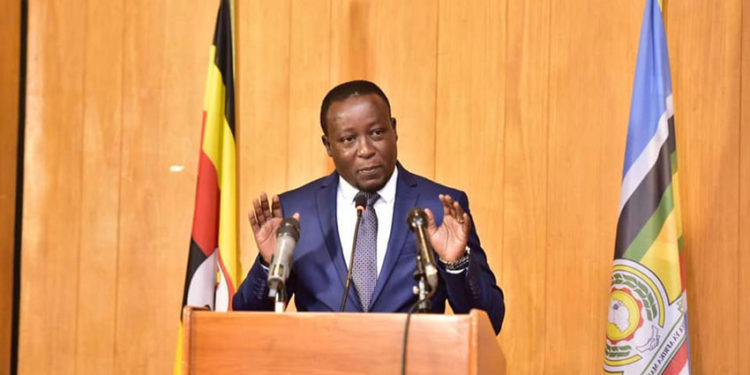 Watchman ministries lead pastor Joseph Kabuleta has announced his intention to unseat President Yoweri Museveni in the next general elections, saying he was ‘absolutely 100 per cent certain that he will be Uganda’s next leader.’

The former journalist, who stands for ‘Financial Liberation’ however, dismissed any plans to join other opposition leaders to end Museveni’s 35 year old hold on power.

“This oppressive regime is only as strong as the fear it imposes on the population. But when the people rise up, as we are doing now, they will encounter an empire that is very weak and crumbling and is there for the taking,” Kabuleta said during a press briefing in Kampala on Wednesday morning.

“Our desire for change must be stronger than our fear. We have a lot more to gain than we have to lose.”

He added: “There is a ceiling that has been built over the decades that separates the privileged few at the apex of the income pyramid…. But now we stand to Reclaim Our Country and Kin (ROCK).”

ROCK is also the movement under which he will contest.

Kabuleta, whose letter to hold countrywide consultations was received by the Electoral Commission on Wednesday morning, insisted that Ugandans want economic growth and that he was the only one who can offer this.

“People in power get all wealth and keep it for themselves. We are all supposed to be partakers of Uganda’s wealth,” he said before unveiling his ROCK’s colour, symbol and slogan.

About the need to join hands with other opposition leaders to oust Museveni, Kabuleta said he will only entertain such a union if they unite under him.

“Unless of course they have something better to offer than me. We want more than just change, there won’t be uniting of forces. Nobody has come out to say what they are standing for. I am standing for the financial liberation of this country in which we have been captive for 35 years. We have to stand up and fight we are tired of being nobodies in our country.”

“I am unique because the others that have stood up against him (Museveni) have nothing to offer. My message resonates with all Ugandans. I am the only one who can deliver what I am promising.”

His announcement brings the total number of presidential aspirants to more than 40.