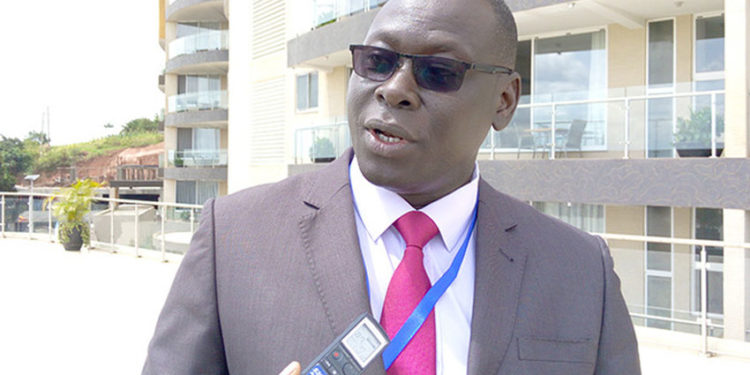 The Ministry of Gender, Labour and Social Development has dismissed allegations that one of their top officials under the Uganda National Cultural Centre (UNCC) swindled over Shs5 billion.

A few days ago an online news outlet- The Capital Times under a title “Fresh scandal at the Gender Ministry, As Top Officials Swindle Over Shs5 billion UNCC Funds’the publication alleged that UNCC management is in disarray after failing to account for Shs5 billion which was exposed by the Auditor General’s report.

The publication went ahead to say that there was gross abuse of public funds as a result of weak internal controls, doubtful salaries, absence of approved policies, nonexistence of contracts committee and Procurement Unit, unsupported utility payments & statutory deductions, unauthorized payments, lack of job descriptions and specification for staff and absence of internal audit among others.

However, according to the Ministry’s Permanent Secretary James Ebitu, the allegations are not true and they should be treated with the contempt they deserve.

“This is not true. It is just malicious, scandalous and diversionary only aimed at tarnishing the good image of the Ministry Officials and Uganda National Culture Centre. It should therefore be treated with the contempt it deserves,” Mr Ebitu told this website on Wednesday.

He further revealed that the entire publication was based on an old story of 2013/2014 whereby the then Permanent Secretary, Ministry of Gender had instituted a Forensic Audit of UNCC which was then done by the Office of the Auditor General in 2013.

“It is also important to note that the then Executive Director, Mr. Walugembe Joseph (RIP) was investigated by the IGG on the same matters and prosecuted. Unfortunately he died a few years later. It is the outcome of this Forensic Audit that prompted the recruitment of the new Executive Director and management and hence the positive developments and changes that took place at UNCC,” Mr Ebitu asserted.

“Currently, Uganda National Cultural Centre is being run professionally and has all its records well-kept. It regularly prepares its books of account and presents them to the office of the Auditor General for auditing since the financial year 2013/2014 to date. I am also happy to report that since the Auditor General started auditing UNCC they have always had a unqualified opinion for six consecutive years from 2013/2014 to date. UNCC should be commended for that.”