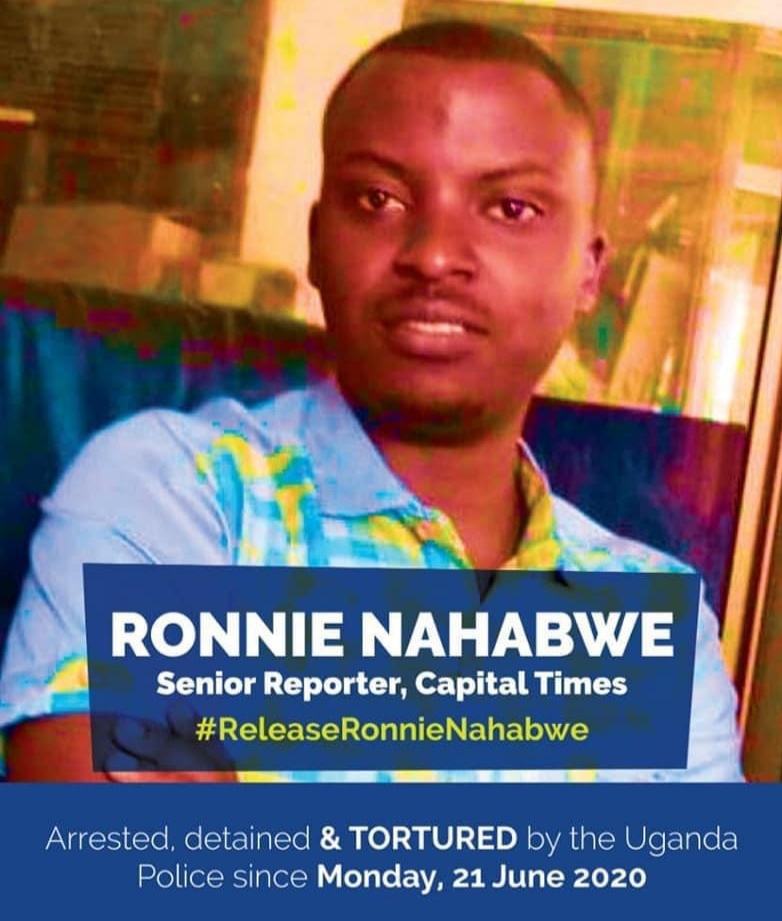 The Online Media Publishers’ Association (OMPA) has noted with concern, the arrest and continued detention of Mr. Ronald Nahabwe, a journalist at Capital Times, a news website operating in Uganda.

We are aware that Mr Nababwe was arrested this Monday, 22nd June 2020, and is still being held at the Uganda Police Force’s Special Investigations Unit (SIU), Kireka in connection with publishing a story about a confidential letter authored by a church leader to the head of state.

As at today, 25th June 2020, Nahabwe, will have been in detention for over 72 hours without being produced before a competent court of law. It is our understanding that the police are in the meantime subjecting him to coercive means so that he can reveal his sources.

The Online Media Publishers’ Association strongly condemns the abuse of Mr. Nahabwe’s rights and wishes to remind the Uganda Police Force that journalism is not a crime.
We demand that he be allowed access to legal counsel and immediately be produced before courts of law or he be released unconditionally, if there are no credible charges against him.
While we continue to assess the matter, we take this opportunity to reiterate to all Ugandans, including those in positions of authority, that #JournalismIsNotACrime.
Giles Muhame
President, OMPA