by Mubiru Ivan
in National, News
43 3 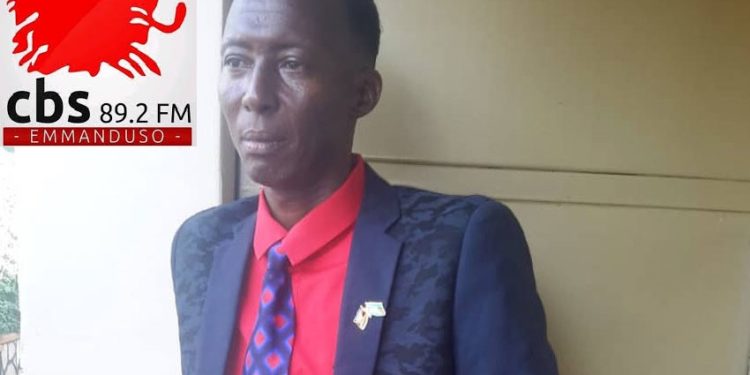 CBS radio has said that they fully compensated veteran sports journalist Yusuf Baliruno of Uganda who is accusing them of not paying him salary for over 20 years he has been at the station.

In his live recorded social media video series that have since gone viral, the legendary football commentator  reveals that he has actually never received any salary despite the over two decades of committed service to the Buganda Kingdom owned radio station.

” I have appealed to stations manager Abbey  Mukiibi for over ten years to get me on the payroll but I have instead been shut down and when I go to Kasozi, he sends me back to Mukiibi. They have kicked me around like a ball for years aiming to frustrate me, ” Baliruno lamented.

However, according to CBS management, Baliruno’s allegations are baseless in nature.

They said in a statement issued on Tuesday, “Mr Yusuf Baliruno enjoyed a mutually beneficial relationship with CBS FM offering his services as a freelance sports reporter. His duties included covering seasonal and selected sporting activities such as Buganda Masaza cup , Bika football tournament and Uganda Cranes football matches. Mr Baliruno negotiated his terms of engagement which we mutually agreed upon. He was always duly paid per task completed and upon submission of formal claim with proof of execution of work. All Mr. Baliruno’s due compensation has all along been fully paid and on time.”

The management further revealed that owning to the appreciation they had for Mr Baliruno’s services , they used to extended ex-gratia financial support to him whenever he faced social , health and financial hardships

“CBS was therefore taken aback to be served with a notice of intention to sue and summons to file a defense by Mr Baliruno through his lawyers for the alleged non-payment of his compensation for his entire tenure at CBS FM. To CBS’further shock, all this transpired while Mr Baliruno was still in active service to the company yet no prior engagement and notice to CBS management about his concerns. Albeit, CBS has since effectively defended itself at the KCCA Lubaga Division Labour Office.

“CBS re-iterates that throughout his tenure with CBS, Mr Baliruno was fully compensated as per agreed terms and CBS FM does not owe him any unpaid compensation.”