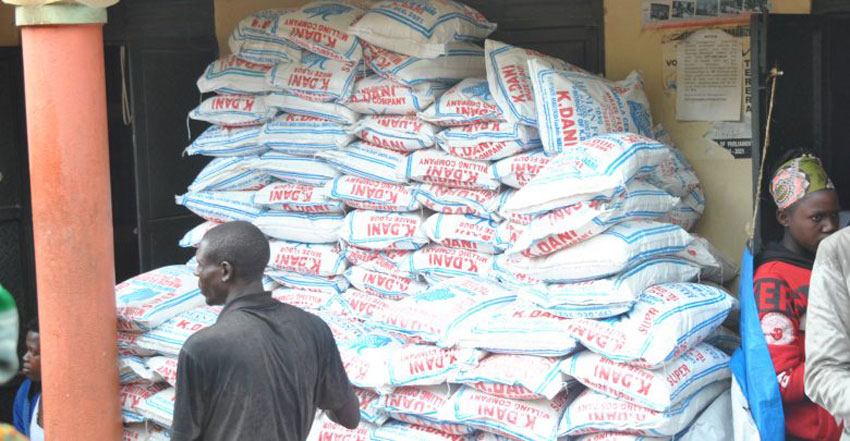 Handing over food relief deputy RDC Ntungamo Byarugaba Isaiah Kanyamahaane told journalists that as Taskforce they appreciated the role being played by media against the Novel Corona Virus in the country.

Kanyamahaane noted that they were impressed by the media coverage on the COVID-19, adding that they have helped to control the spread of the pandemic through sensitization and resource mobilization.

“We really congratulate the journalists upon celebrating their day world press freedom day which is a day to create awareness about the role of freedom of press and journalist across the globe,” Kanyamahaane noted.

He asked journalists in the country to be patriotic, cooperative, and promote the cohesiveness while executing their duty.

While receiving the food relief the vice chairman Ntungamo Journalists and Media Association (NJAMA) Rumanzi Perez hailed the district COVID-19 taskforce and other stakeholders for supporting journalists as they mark their day.

Rumanzi who is also the Monitor Publication Limited correspondent in Ntungamo assured all stakeholders to work together for the betterment of the district.