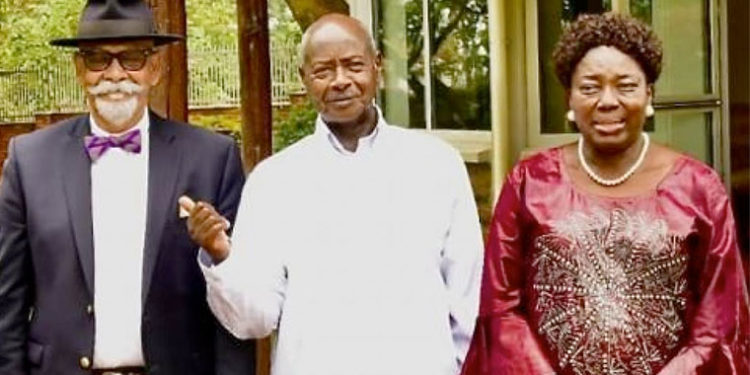 ShareTweetSendShare
What better illustration is there for the break down of systems in Uganda than the case of Prof. Coronavirus Spray and his gang?
A group of Ugandans bring “a foreign investor” with a plan to set up a facility to manufacture something they claim will cure kill coronavirus and (for a moment, let’s set aside the implausibility of their claim) the first public office they run to is that of the Speaker of the Parliament of Uganda.
Not the National Drug Authority. Not the Ministry of Health. Not even the Uganda Investment Authority. But the Legislative arm of the government of Uganda, and the Office of the Speaker, no less.
But riyale, what business does the head of our legislature (whose mandate is to preside over the making of laws) have hobnobbing with investors, legitimate or not?
After the Speaker of Parliament meets the so-called investors, she does not refer them to the government organs that should be handling such matters. Instead, the country’s Number Three picks up her phone and calls the number one of the land.
What do you think their conversation was like?
Something like this?

“Sevo, I have a quick deal for you. Can I drop by your State House for a bit with some friends?”
“Becky, I have no time right now. Can’t we push it to next week? I am trying to prepare the country on how to respond to the coronavirus outbreak.”
“Then I’ve called at the right time. You see, my deal is about the coronavirus issue. I have some people here in my office who have found the cure.”
“Are you sure? Now you’re talking. Let me clear my program. You can come right away.”

And so Madam Becky jumps into her car, complete with the Police lead car’s sirens communicating to the rest of the wananchi the urgency of the business at hand, and drives off with the “investors” to see the investors.
From the photos we saw, both the Number One and Number Three of the land somehow forgot to inform the Health Ministry and/or the National Drug Authority, etc, about the pioneering medical discovery. Instead, they decided to take matters into their own hands and become the country’s health, investment, and finance officials all rolled into one.
Now, the Head of the Legislature has assumed the role of the Executive organs of government (the Ministry of Trade and Industry and the Uganda Investment Authority) as a vendor to the President of investors coming into the country, while the President has assumed the role of Ministry of Health, etc, by signing off on medical discoveries and accepting patents.
So, having taken up some of the roles of the Executive and blundered while at it, how will the Speaker climb back to her oversight role and hold those two institutions to account. And now that the President is playing some of the roles of the ministries and departments he supervises, who will move the other in the right direction when the cart and the horse don’t know their place?
The Speaker has already dismissed anyone who has criticized her over the Prof. Coronavirus Spray & Magoola deal. But the actions of the Number Three and Number One of the land expose our leaders as deal makers who are ready to bypass whatever semblance of systems are in place.
The ruling class likes to remind the wananchi  to “leave issues of Generals to Generals.”
How about they, too, do as they often say and leave issues of health professionals to health professionals.
This write up first appeared on Journalist Herbert Benon Oluka’s facebook page
Do you have a story in your community or an opinion to share with us: Email us at editorial@watchdoguganda.com