by Mubiru Ivan
in National, News
60 1 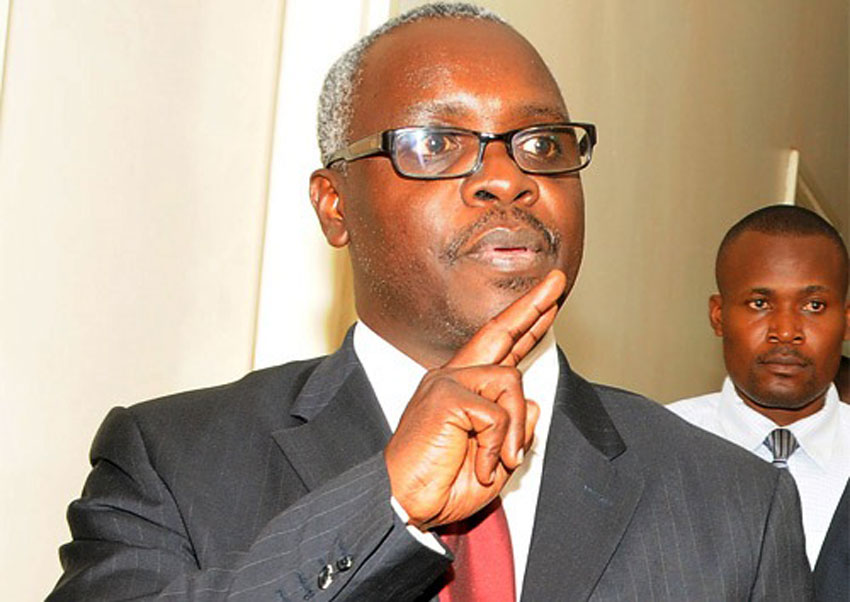 It all started when one of Prophet Mbonye’s followers a one Caleb Elvis Curbishely Twebaze claimed on Twitter that Uganda should submit to the greatest prophet of this generation [mbonye] to overcome the locust problem in the country.

In response, Kabushenga said, “Someone tell these types of dimwits that there will be time for stupidity. Dealing with Locusts in Uganda is not for this kind of nonsense.”

The desert locusts invaded Uganda from Kenya on Sunday 9th this month through Amudat district. They have since spread to other districts in Karamoja region.

Meanwhile, some Ugandans on Twitter have concurred with the Vision Group boss over the whole issue.

Here are some of their comments;

Ariong Moses-“You wonder what happened to some Ugandans to the extent of losing their minds. This Mbonye group is just trouble! What does he feed them on?”

Vantablack- “Pastors are life gamblers they just care about their pockets even if it means speaking shit to masses.”

Husain- “Ugandans are depressed to such levels and guess what, you leaders are responsible.”

SANKARA™ – “The prophet should have foreseen and warned us..and submit to a human being.”

Nvuyekure – “Now that explains thoroughly well the biggest problem we have in Uganda and Africa at large, people believe in fellow human beings and not God and hence they stop reasoning on matters that are even visible and scientific. what a pity!”

Edward Dickens.D- “Mzee you are 100% correct. This is a disaster that requires collective effort but it is as if a certain section of people died and resurected with another set of brains! OMG!”

Deo B Benard’s- “I wonder what has to go wrong in someone’s life for them to think their pastor has infinite knowledge and powers.”