Captain Michael Etiang's appointment as Our Chief Pilot was made via Uganda Airlines social media pages.

Captain Michael Etiang is the new Chief Pilot of the soon to be relaunched Uganda Airlines.

In a statement posted on the Airlines’ Facebook Page on Thursday, management revealed that Etiang has over 12,000 flying hours of experience that spans over an illustrious 20 year career.

“As chief pilot, he will be in charge of ensuring that all pilots are trained and are current with their competence and skills,” the statement partly reads.

According to his LinkedIn, the senior pilot joined RwandaAir in 2012 and was responsible for arranging training programmes for pilots and maintaining a motivated competent crew.

He holds a Second Lower Bachelors Degree in Law and Politics which he obtained from the School of Oriental and African Studies, University of London.

Last month, Works and Transport Minister Monica Ntege Azuba disclosed that a total of 12 pilots who will be in charge of the highly revamped Airlines will be earning Shs42 million each per month.

She further stated that the co-pilots who will also be 12 in number will receive a monthly payment of Shs38 million each.

The money will be in addition to allowances the pilots and co-pilots will be entitled to for every hour in flight.

Aggrey Bagiire, the State Minister for Transport confirmed to the Budget committee that Uganda Airlines has already finalized the recruitment of 12 pilots and 12 co-pilots, all Ugandans, who have been working with reputable airlines around the world. 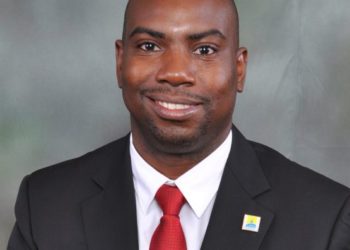 Bantariza: President Museveni is a good leader who doesn’t ignore any individual, that’s why he extended the SIM card registration deadline