by Allen Kisakye
in Entertainment, Showbiz
37 0 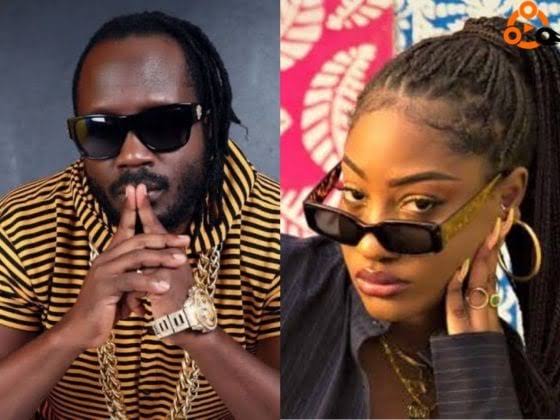 Nigerian singer Temilade Openiyi famously known as Tems has warned Ugandan artiste Bebe Cool never to step a foot in Nigeria or else he will have it rough with her.

Tems, together with her fellow Nigerian singer Omah Lay had a rough time in Uganda after they got arrested for performing on a music show in Munyonyo recently, something that was against the Covid-19 rules set by the Ministry of Health.

Following their arrest last weekend, Tems, Omah Lay, together with their manager, and event promoters were charged at Makindye Magistrate Court before being remanded to Kitalya and Kigo prison, but later the charges were dropped and the singers were able to travel back to their home country.

In their release process, singer Bebe Cool came out and claimed that he is the one who secured freedom for the musicians.

“We got our brothers and sister out,” the ‘wakayima’ singer posted on social media while displaying Omah Lay and Tems release forms.

Despite acting like ‘Jesus Christ’ the saviour after these Nigerian singers were arrested, Tems believes that Bebe Cool had something to do with their woes and when they landed into trouble with the Ugandan police authorities, he came out to act like their saviour.

She warned him never to step a foot in Nigeria or anywhere close to her for she will pounce on him hard.

“Bebe Cool, I swear avoid Nigeria for the rest of your life, if you ever find out I’m in the same place as you. RUN for your life because I will not be in chains. And nothing will stop me from pouncing on you. You should cut off your dick its clearly too small to be useful,” she noted via her Twitter handle on Friday.