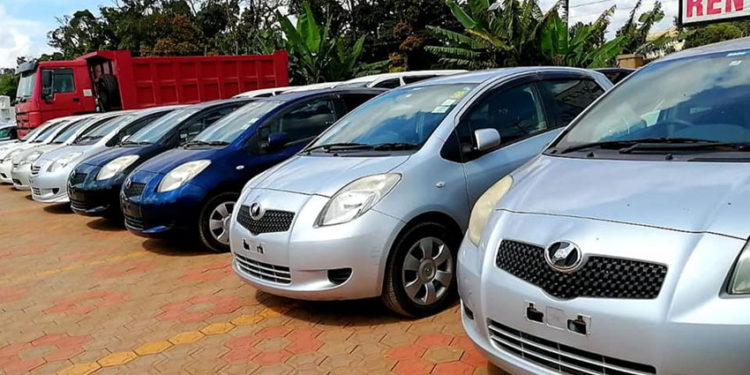 Cars in a bond

Many years ago, working as a journalist in one of the daily newspapers, I did a lifestyle feature on cribs of people I considered wealthy at the time. I visited many fancy homes in Kampala’s leafy suburbs.

I was young, fresh from university even though I was a prolific writer with a big byline so naturally sources expected me to be old and wealthy.

The directions to one of the interviewee’s cribs were clear and in no time, my photographer and I were at his residence. He had instructed that we ring the gate bell on arrival so they could open for us. We did ring the bell and nobody opened the gate. We rung it several times and nobody bothered. After many minutes of waiting, I decided to call him.

He came himself and profusely apologized for keeping us waiting. “We saw you and heard the bell ring but we didn’t think it was you as we saw no car,” he said, genuinely. He expected a journalist with my kind of byline at the time to be driving! And also to be an old man. The perils of journalism!

I promised myself to work hard and buy a car. I did but by that time I had left mainstream journalism. The car I bought was really old and within no time, I realized that now people wanted to know what kind of car I drove. So to make up appearances, I installed a very loud car sound system. Then people started saying the sound system was more expensive than the car! I was young so I felt the pressure to upgrade to a German car.

Then I was told that I needed a big car to impress my clients. That if you arrived in one, clients would pay whatever you ask. I ordered for a full SUV — seven seats, four wheel drive with an engine meant to be in a six-ton truck! Nobody told me that I will be losing a lot of money every day in fuel, insurance, and maintenance. Some of my friends were impressed. I highly doubt any client noticed, if they did, it never reflected in my pocket.

After many years of driving full SUVs and with age, I ditched the damn cars for a more affordable and newer model vehicle that is more fuel efficient. I also realized that apart from slay queens, no client asks what type of car I drive. Also as a consultant, that nobody expects the car you drive on the CV!

We as Ugandans love big cars to kind of send a message that we have arrived to people who will never notice. If you notice, most private cars on Ugandan roads are occupied by one or two people. A car with seven passenger seats occupied by two people!
A big old car depending on your schedule consumes between Shs50,000 to Shs100,000 everyday given Kampala’s traffic jam. If you work five day weeks and one day for either shopping, attending a function or catching up with friends, that is Shs300,000 a week on fuel alone, which translates to Shs1.2m a month. In year, that is Shs14.4m. If you drive the car for five years, the cost is Shs72m.

Now imagine if you bought a newer model car even if it is big, you daily costs covering the same distance could be as a low as Shs20,000 bringing the weekly cost to 120,000 or Shs480,000 a month. That means saving 60% of your costs on fuel, enough money to grow your business or set up one. In five years driving a newer model or small car, you would have saved Shs43.2m!

One of the arguments we give for driving big fuel guzzling SUVs is because of the nature of some of our roads and the need to go to our ancestral villages. We don’t go there everyday but if you did, you could hire a fancy brand new SUV at just Shs300,000 a day and it comes with a driver. If you add in fuel, you will still save more money a year hiring a big SUV whenever you need it than owning one.

In Uganda today, there are brand new compact SUVs with smaller engines costing around Shs100m, which makes them cheaper than old fuel guzzling SUVs. And you can still make a statement that you have arrived. When electric cars hit the market here, the transport costs for car owners will be slashed by about 90%. There is a need to deliberately promote newer model and electric cars so the private sector can thrive.

The author is a communication and visibility consultant.