by Allen Kisakye
in Entertainment, Showbiz
24 0 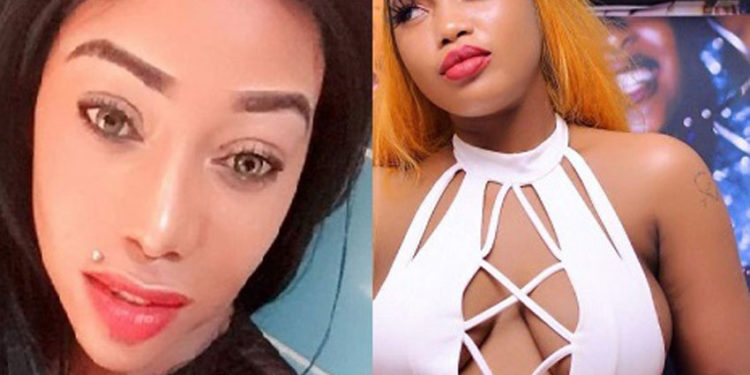 It all started after a comment Alicia made about Bad Black during an interview with a local media outlet early this week, where she said that ‘people who practice prostitution are the likes of Bad Black’.

Although Bad Black has always called herself a proud prostitute, she wasn’t happy at all after Alicia reminded the world about the kind of work she (Black) does.

And this forced mama Jonah to launch a verbal social media fight with her fellow socialite, claiming that they do the same job though she (Alicia) is just trying to act like a good girl, and that Alicia is an old woman who hides behind makeup.

Ready to retaliate, Alicia alleged that Bad Black has been used to people like Ritah Kagwa, Bobi Wine who never respond to her insults but she isn’t going to let her go away with it.

“People have been telling me that ‘don’t talk about Bad Black’, ‘she will abuse and shame you’. but I am warning you, that habit of abusing people and they keep quite will not work on me. I will not let you go away with it… its okay you can abuse Rita Kagwa, Bobi Wine and others who never respond but not me, I will give you level,” she said.

The ’23-year-old’ bosschic said that Bad Black is almost the same age as her mother, but its too ashaming that she goes around the internet to preach about sex and prostitution, not caring about her underage followers.

“Bad Black you are as old as my mother, but your rotten and no one can respect you, you destroyed your image yourself. I can’t even be friends with you. You misguide young girls and tell them they can make good money through prostitution.”

Adding that giving Bad Black as an example was because she has always come out proudly to given details about her ‘job’.