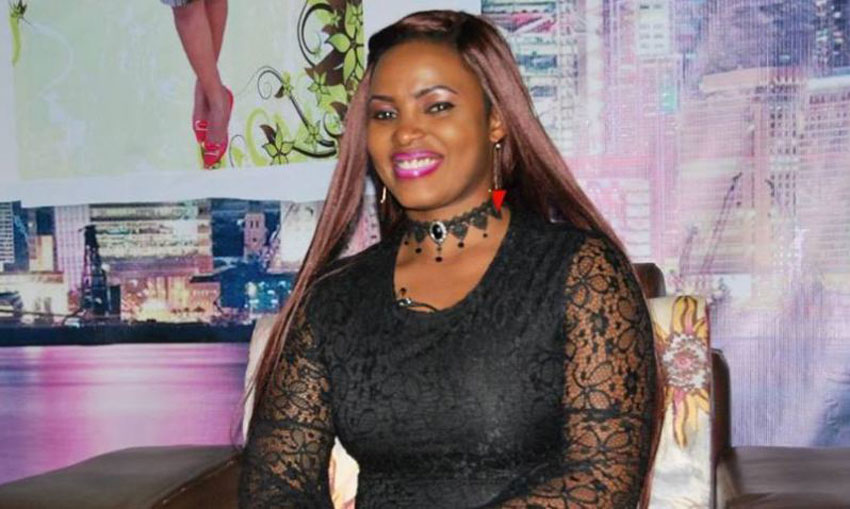 A woman who claims she went to school with controversial Top Television presenter Joan Lule Nakintu has accused her of trying to steal her man and break her marriage.

Since Monday, Nakintu has been in the news for ‘disrespecting’ the reigning Miss Uganda Oliver Nakakande during her ‘Cocktail’ show. She has since apologized to her viewers and the country’s beauty queen admitting that she went against “my professional ethics [and] the ethics of a good host” after she “lost my control and yelled at my guest, which wasn’t good.”

“We wish to inform you that management is handling this particular issue within our internal mechanisms and in accordance with the company Human Resource Policy and the Disciplinary code,” reads the statement in part. “We hereby extend our apologies to Miss Oliver Nakakande, Miss Uganda Foundation and all our viewers across the spectrum for this unbecoming conduct.”

But before the dust of the on-air scandal could settle, a woman who says she is Nakintu’s OG complained that the former Bukedde and BBS TV presenter did all she could to steal her man and wreck their marriage but failed.

Known by Facebook name as Prossy Kaala, whose profile indicates that she went to Lubiri SS, Ndejje University and Makerere University, the woman said it was only God and her faithful husband that saved her marriage from Nakintu’s evil plot.

“That woman [Joan Lule Nakintu] is my OG and we were class mates but she tried so much to spoil my marriage naye God never allowed it, neither did my hubby,” wrote Kaala in response to a video of the presenter’s apology as shared by a top newspaper editor.

“How stupid can people be? She looks a home wrecker. l’m so sorry about what you went through mukwano but the devil is a liar. That girl is too local, can’t express herself and lacks respect for people!”

Where is he? The mysterious disappearance of Rauxen Zedriga; husband to Bobi Wine’s Deputy Lina Waru Abuku