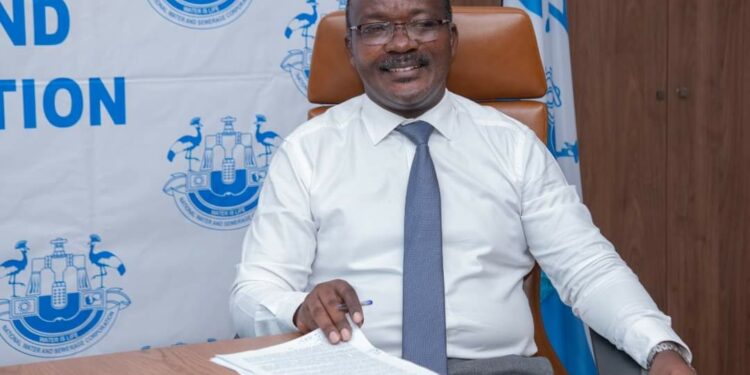 National Water and Sewerage Corporation (NWSC) has warned that the Government will crack whip on anyone involved in vandalizing knowingly or unknowingly of water equipment saying the development has denied innocent Ugandans access to public water supply across the country.

According to the senior manager operations West and south western Region Eng. Edmond Okaronon destruction of pipes in Nyakyeera Town Council Ruhaama County constituted a major setback in the efforts to ensure that residents have uninterrupted water supply is being frustrated.

Eng Okaronon threatened to constitute a Surveillance Taskforce for the protection of all water sources and pipes and whoever is found vandalizing water equipment will be arrested and apprehended to courts of law for action.

He was speaking on Friday, November 19, 2021 at the engagement of stakeholders and commissioning of Kakindo Borehole which costs UGX 300M to benefit residents of Kitwe T council, Rukoni, Rwerazi, Omukibaale and Nshenyi among others all in Ruhaama East constituency Ntungamo district.

The engagement follows a standoff between a small faction of leaders and residents in Nyakyeera Town council who were enjoying free water of NGO dubbed ACTs resisted metered water of National Water and Sewerage Corporation which is mandated to extend water to all citizens in the area.

Eng Okaronon asked members of the public to report any threats to equipment to the NWSC offices in Kitwe town council.

The Ruhaama East MP Kamukama Benjamin Katangura assured the leaders of Nyakyeera town council and Ruhaama East constituency that he would rather serve one term as MP than failing to secure safe, clean and sustainable water for the people.

Odeke noted that the programme is aimed at improving lives of the people of Nyakyeera and Ruhaama cluster at large with clean safe water in over 19,725 villages in Rwoho,Kihanga and Nyakyeera.

The Nyakyeera Town council chairperson Nganwa Kenneth Rubatuhuura called on members of the public to be vigilant and help in identifying the wrong elements describing their actions as economic sabotage attributed it to cheap politics amongst politicians.