by Mourice Muhoozi
in Agriculture, Business
3 0 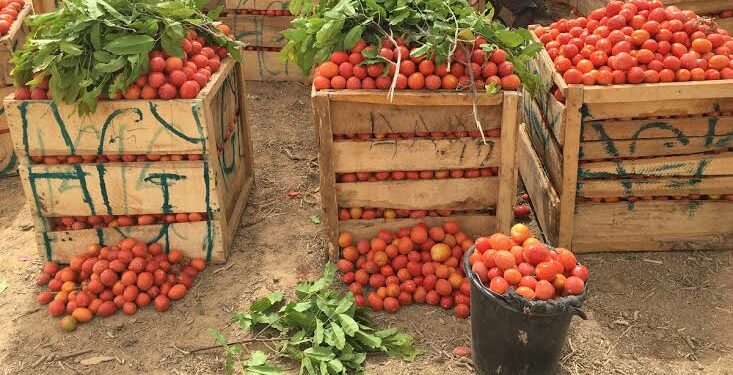 Farmers in Lango sub-region are experiencing severe losses, following a sharp drop in prices of tomatoes.

The surplus production of the perishable goods, such as tomatoes and cabbages in the districts of Lira, Alebtong, Oyam, Otuke and others, has been linked to a drastic decline in the prices.

At the moment, a box of tomatoes is now valued at Shs4,000 to shs6,000 from Shs35,000 to shs40,000 last season. This has affected both farmers and businessmen who purchase the tomatoes in considerably larger quantities.

The losses are soaring due to the high expenses involved in growing of tomatoes. Expenses like buying pesticides to spray, high labour costs, are not matched with high outputs, due to drastic fall of prices of these products.

Morris Ogwal, a farmer from Ogwete sub county in Otuke district had his hopes dashed, after spending colossal sums of money on pesticides to manage his tomatoes hoping to recover his money after selling the produce, but the prices have dropped and there are very few buyers.

Okwi Allan, a resident of Abunga parish in Bar sub county who produces between 15 to 18 boxes of tomatoes on a daily basis, said the low practices have descouraged them from doing business.

He wants the district to regulate the price of tomatoes. “There should be some kind of regulation to stablise these falling prices. It is failing our efforts to do tomato business,” he said.

Whilst the growing discontent and uncertainty amongst farmers and traders, a section of the population is reaping big from such negative developments. Hotels and restaurants are accessing perishables like tomatoes, cabbages, onions and others at ‘take away prices’.

This has enabled them to maximize profits, since the fall of perishables’ prices is not matched with the fall of ready food prices.

A restaurant operator in Lira main market, only identified as Abeja is celebrating the fall in prices of tomatoes. She said she can now buy tomatoes cheaply and store for use in her restaurant.

“Towards the end of August to September and October, tomatoes were very expensive that you could hardly get enough to cook your food but now I can buy for only Shs500 and use it for two days,” she said.