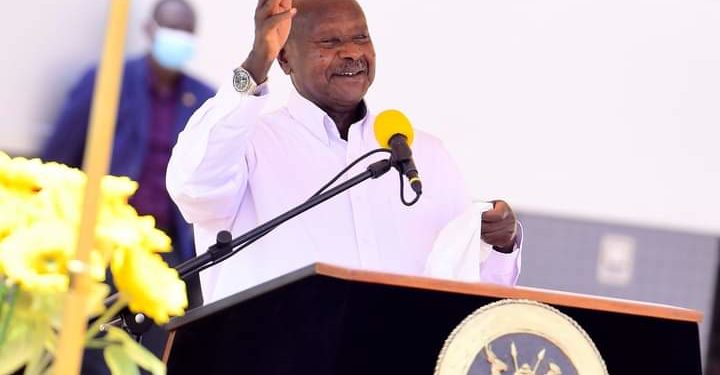 Those who remember or might have read or heard about Ugandan history might know of the political situation as it obtained in the country in 1985.

You all know what happened in July 1985 as a result of this fallout.

It’s becoming more and more evident that the NRM government is in a similar state of paralysis.

But his son Lt. Gen. Muhoozi Kainerugaba, who is the commander of the army’s Land Forces, openly and publicly supports the Tigray TPLF rebels who are fighting to topple the Addis Ababa government.

And then yesterday after parliament summoned the Minister of Education who is also the First Lady Janet Museveni to update the national assembly on policy in her ministry, she instead summoned the parliamentary committee responsible for the ministry to meet her at her venue of choice, Kololo Airstrip.

Occasionally parliamentary committees go to State House to interview President Museveni, but at least he has always made it a point of honouring protocol and delivering his annual State of the Nation addresses on the floor of parliament.

This impunity by the First Family that Museveni turned a blind eye to for years is now rendering him a powerless figurehead.

This is what all liberal democracy theorists warned about and advised against heads of state bringing their families into government.

This is what the presidential term limit anticipates in most constitutions, including Uganda’s 1995 constitution.

The longer one stays in power, the narrower becomes one’s power base, and the stronger one’s family members become.

And since a president’s relatives don’t fear him the way most other citizens do, they start acting as though they are above the law.

This is the powerlessness about President Museveni I’ve recently been writing about.