JINJA —The Deputy Speaker of Parliament, Thomas Tayebwa has pledged Parliament’s support to the Kiira Motors Corporation that is currently constructing a vehicle plant at Jinja Industrial Park.

On Wednesday, October 12, the Deputy Speaker paid a courtesy visit to the Jinja-based plant where he was taken on a guided tour by the Executive Chairman Kiira Motors, Prof. Sandy Stevens Tichodri-Tagboa and the CEO Paul Musasizi.

The construction is being undertaken by UPDF through National Enterprise Corporation and supervised by Makerere University consultants.

Mr. Tayebwa said he was impressed by the work being done by the National Enterprise Corporation, a commercial arm of the UPDF.

“I am very impressed by the work being done here by the National Enterprise Corporation under the supervision of Makerere University Professors,” the deputy speaker said, adding that: “This [project] is a true testimony that the moment you believe in your national capabilities, you can move mountains. Our very own National Enterprise Corporation is the one putting up such a massive project.”

Mr Tayebwa pledged that Parliament, where he is a deputy speaker would do all that it takes to ensure successful completion of the vehicle plant. 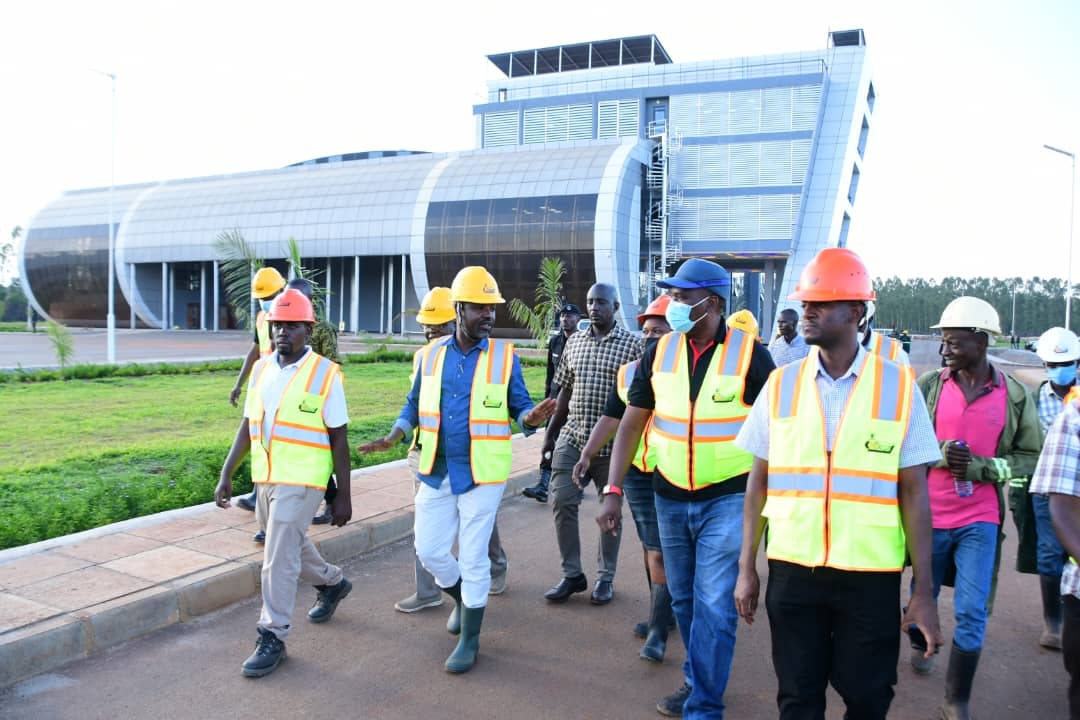 “This project still needs more support and it shouldn’t be a project which is only championed by the president alone but by all of us,” the deputy speaker said also adding that: “this is a key project for the nation and it’s something we’re proud of as a country.”

He urged Kiira Motors Corporation to run the facility with a private sector mindset.

“Those who perform, should get out of the way, we bring in others. Don’t only look at it as a business, but look at it as a springboard for training more Ugandans so that they can go and work in other manufacturing factories”.

He said no country has fully transformed without venturing into industrialisation and manufacturing.

The plant sits on 100 acres of land. The facility will start production at 9 buses a day, ramped up to 22 later.

President Museveni recently directed that UGX 141 billion, which would have been spent on the construction of a road in this financial year, be given to Kiira Motors Corporation (KMC) to complete the building of their vehicle plant project.

President Museveni, who laid a foundation stone at the plant in Jinja Industrial Park said the completion of the plant will produce quicker results than the road to be constructed.

Paul Isaac Musasizi, the KMC chief executive officer noted that completion of the first phase of the project had been delayed due to inadequate funding, among other factors.

Kiira Motors Corporation has built synergies with the Private Sector and Development Partners to explore sustainable multisectoral backward, forward, and lateral linkages which are pivotal in promoting local content participation in building the Indigenous Motor Vehicle Industry in Uganda.

The establishment of the Kiira Vehicle Plant is poised to catapult Kiira Motors Corporation along a sustainable growth trajectory cognizant of the disruptive industry vehicle technologies including Connected, Autonomous, Shared, and Electric Vehicle Technologies.

This will promote and catalyze the shift to environmentally friendly transport solutions which will go a long way in improving sustainable energy consumption, air quality and demonstrate Uganda’s commitment to enhanced environmental stewardship.

Kiira Motors Corporation is working with Tondeka Metro, RentCo Africa, and Golden Dragon as the Technology Partner to produce 30,000 Buses at the Kiira Vehicle Plant for the Regional Market, with 65% Parts and Components localized by 2030.

Kiira Motors and the Partners plan to produce and deploy 1,030 Buses by mid-2023, 50 of which will be Electric.

The initiative is aimed at Modernizing Public Transport in the Urban Centers in Uganda and beyond while building the Indigenous Motor Vehicle Industry through Technology Transfer and Supply Chain Localization.