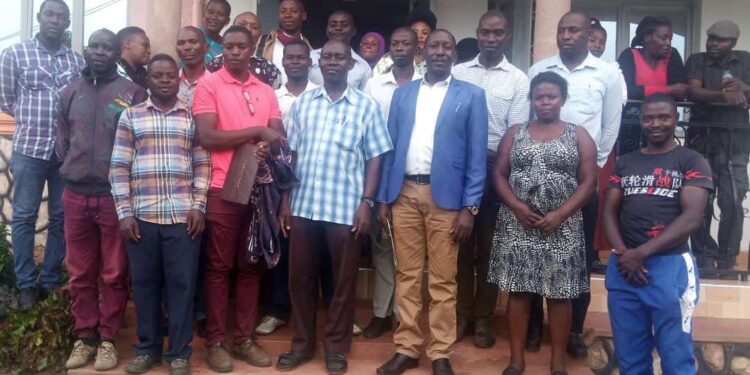 Bamuha who was flanked by the Fort City North Division Commercial Officer Ms Tusiime Kate, made the Plea to the SACCO leaders during their monthly Ward rotational meeting held at Kidukuru cell along Fort Portal-Kasese road on Friday.

The DRCC imparted financial literacy to the SACCO leaders, before calling for proper records keeping of the books of accounts which in turn would help them run a health Institution.

Bamuha alsl emphasized the need to be innovative especially on the grassroot business for which the loans are acquired. He encouraged a calm business relationship with clients whenever participants are engaged in their day to day running of the businesses.

On savings, he encouraged the members to exercise high integrity which in turn would strengthen thier SACCO financial capability and asked the members to shift their mindset from aquiring simple loans to building a leading savings and Credit SACCO in the region.

Tusiime, the North Division Commercial Officer encouraged the members to remain focused on ensuring all Emyooga funds are duly utilized and recoveries made in time. She commended the SACCO for the hard work.

Emyooga program is a Presidential Initiative on Wealth and Job creation which was launched in August 2019 as part of the broad government strategy targeting to transform 68% of homesteads from subsistence to market-oriented production with the overall objective of promoting job creation and improving household incomes.