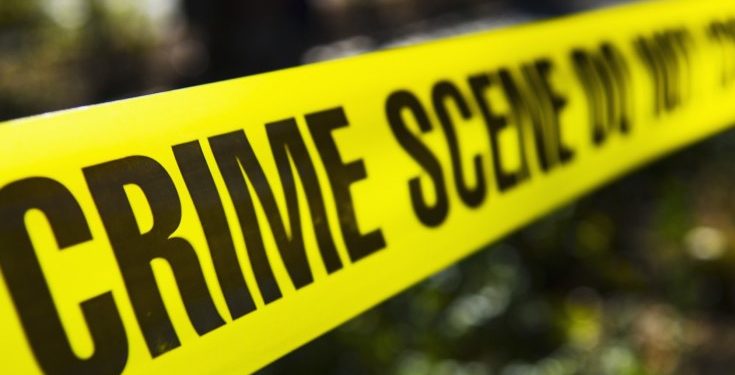 Four people have been found dead in a suspected act of ritual sacrifice at Bufumbanswa village in Luwero district.

Two bodies were found lying in the house, one in the compound, and that of the child was found dumped in a banana plantation. They were found with some parts including buttocks, private parts, breasts, tongue, and hands among others missing.

Taban Nuwa, the LCI Chairperson of Bufumbanswa Village explains that he received information at around 1 pm on Tuesday about the gathering and when he visited the home, he found a woman with a Quran speaking in tongues allegedly being possessed by evil spirits.

Nuwa who is also a relative explains that the family members had locked themselves inside the house and when he entered they asked him to strip naked and join the rituals, which he rejected and went away.

Nuwa said that he was shocked to receive the news on Wednesday morning that four people were found dead.

Sarah Lule, a resident says that at around 7 am, four people together with two children were seen leaving the village after the ritual murder. She adds that a suspect identified as Zainabu Anguko attempted to attack her but fled to save her life.

Before the ritual murder, two people attacked a neighbor Madinah Nankya and threatened to kill her accusing her of bewitching them but she managed to flee.

Nankya says that she reported the matter to Wobulenzi Police Station but they told her that they were unable to visit the home because they lacked manpower at the time.

She was advised to return home but out of fear, she decided to sleep in another neighborhood.

Isah Ssemwogerere, the Savannah Regional Police Spokesperson says that Police arrived at the scene at around 7 am and found a blood-stained knife, which the killers could have used to cut the four dead.

Ssemwogerere added that Anguko has been arrested to help Police in investigating the suspected ritual murder.

He says that the bodies have been transferred to the mortuary at Mulago referral hospital for postmortem.