Pablo survived the fatal accident on November 5th 2020 in Kyazanga township along Masaka-Mbarara highway. Since then, the man has given his life to adding value to the lives of the less advantaged in the society.

The last couple of years have been action-packed for Pablo Bashir Sewalu, the Director of Elite Protocol Services.

The man known as the consummate professional who ‘hangs out with the big boys’ has become bent on supporting community programs which transform people in need of care, empathy, education or better health.

Pablo survived the fatal accident on November 5th 2020 in Kyazanga township along Masaka-Mbarara highway. Since then, the man has given his life to adding value to the lives of the less advantaged in the society.

The VIP management professional who now friends jokingly refer to the legendary cat with nine lives, has since his recovery got involved in spending more time with children living with disabilities, visited prisoners, and other charities.

Whereas Pablo was always a generous man, and known for his affable characters which bonded well with people from all walks of life, he has now become more deliberate since the November 5, 2020, which he says changed his outlook to life forever.

Now each year, Pablo recalls this time as one he got back a precious life, and has since dedicated himself to the service of the least privileged.

From celebrating birthdays with mentally and physically challenged children at Katalemwa Cheshire Children’s Home, located at Mpererwe in Kampala to visiting prisons with scouts to carry out mentorships and instill hope in the incarcerated.

Before the fatal accident along Masaka Road which left him in coma and hospitalised for more than a month and half, Pablo was a high flying Protocol officer for Next Media, a top media company in Uganda.

At the ambitious NBS television, Pablo coordinated the high profile visits of Uganda’s who is who – or foreign dignitaries who are either guests to talk-shows or have media tours. His social media pages are awash with selfies with among others Vice President Jessica Alupo, Prime Minister Robinah Nabbanja, Works and Transport Minister Gen Katumba Wamala, former speaker Rebecca Kadaga among other top government officials.

The same Pablo has been the bridge to the media powerhouse for the opposition’s rank and file including Robert Kyagulanyi aka Bobi the former presidential contender in 2021 general elections, as well as (National Unity Platform) NUP’s secretary general, Lewis Rubongoya, spokesman Joel Ssenyonyi, or Leader of Opposition Mathias Mpuuga, former presidential candidate Dr Kizza Besigye among others.

In the tragedy he lost one of his best friends, Badru Muhammad Katongole, NUP candidate for Member of Parliament Bukoto Central in Masaka district. Katongole was campaigning to dislodge the then sitting Vice President Edward Kiwanuka Ssekandi. At his burial, there are voices crying foul play. They could be vindicated because till today no report has been released about this accident.

Pablo a dutiful officer, was heading to Mbarara to organise the burial of his boss’ elder brother, and long-time pillar in the growth of NBS, Dr Abdunoor Anas Kaliisa when the vehicle they were travelling in got involved in the accident at Kyazanga trading centre in Lwengo district. Sheikh Kaliisa passed on November 4 reportedly due to Covid-19. He was due for burial in Ruhaama in Ntungamo district on November 6. Dr Anas, was a well known political analyst, Islamic scholar and philanthropist. He was the uncle of Next Media proprietor Kin Kariisa. 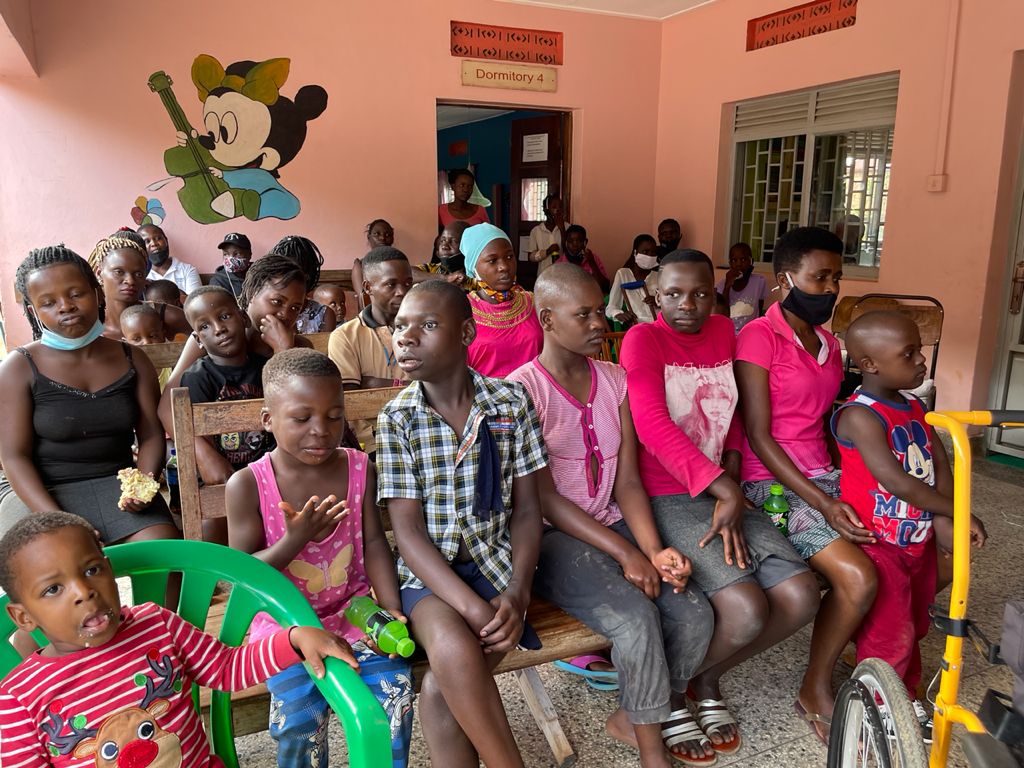 Before this day, the 29-year-old Protocol specialist, then working with Next Media, had lived his life on the fast lane. A go-getter, Pablo had managed to penetrate Uganda’s A-listers of whom he rubbed shoulders on the daily. They all admired his sense of duty and thorough execution of duties. Pablo leaves no room for queries when executing his duties.

It turns out several VIPs rely on him and it is not unusual to find Pablo supporting different high profile people in organising VIP receptions or visits.

The accident was also his coming to reality event which showed him that his loyal service had paid up.

“If Pablo was an ordinary Ugandan, he would not have survived that catastrophe,”Observed one journalist. “When news broke that he was involved in a fatal accident, he was immediately evacuated to Nakasero, one of the best medical facilities in the country,” he added. It is also very expensive. However, Pablo came out a month and half later.

Whatever was going on – Pablo doesn’t remember – but when he regained his consciousness, he remembered only one act – the burial of Sheikh Kaliisa. This was a good sign for doctors who kept hope alive for his family and friends who were fearing for the worst.

Accidents on Ugandan roads are usually fatal. And the wreckage Pablo emerged from was shocking – that no one could imagine anyone came out alive.

When he returned to his feet, Pablo returned to his duties at Next Media where he hosted high profile figures. However, he decided to live his life more befitting to the community.

Imagining the poor roads where hundreds of lives are lost or poor health care for accident victims as well as the cost of accident injuries and traumas, Pablo could not hide his admiration for people who push for the change of affairs in the country.

Why is this important to him? Pablo once said “God can pull that trigger any time” – he speaks from experience, adding, “What legacy are you leaving behind?”

Pablo says celebrating birthdays with disability children, donating to charity homes, or spending time with prisoners reminds him that life is meaningful when it is lived for the benefit of others, especially the less privileged.

“I am teaching my children to give back. They now on their initiatives donate their clothes for the warmth of other children. This is very rewarding to me as a father,”he says.