Okaasai said that as Ugandans demand for electricity infrastructure, that has got an impact on the final buyout of Umeme, there is a need to watch out for new investments made 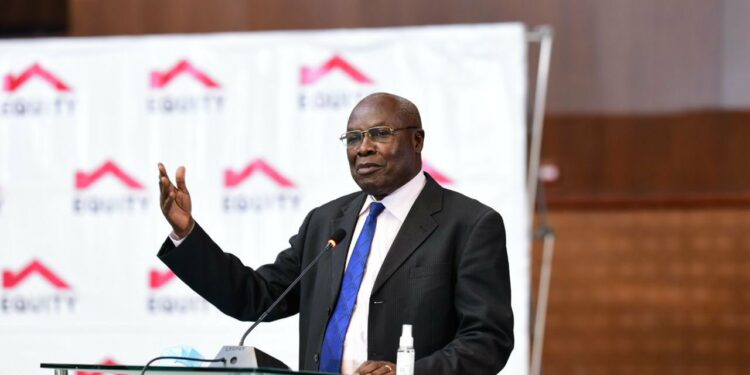 The Ministry of Energy and Mineral Development has recommended the halting of new investments by energy distributor, Umeme ahead of the expiry of its 25 year concession in 2025.

The Minister of State for Energy, Sidronius Okaasai Opolot said this during a meeting with members of the Committee of Environment and Natural Resources to respond to issues raised during the scrutiny of the budget framework paper for the financial year 2022/23.

Okaasai said that as Ugandans demand for electricity infrastructure, that has got an impact on the final buyout of Umeme,there is a need to watch out for new investments made.

“To manage the concession buyout and minimise suffocating expenditure of Government when the Umeme concession ends, it is important that additional investments by Umeme be regulated and or halted to reduce on the final buyout amount,” Okaasai told the committee.

He added that Government should start providing annually for buyout amounts.

Umeme intends to invest in extending the distribution of power which includes buying transformers, poles and construction of substations with the hope that their concession which is nearing an end can be extended.

As of December 2018, Umeme’s capital investments amounted close to Shs700 billion and yet they had projected to invest Shs1.5 trillion.

Although Umeme wants the concession renewed since they cannot get investments from abroad, Government is now turning its focus into public financing of electricity.

According to Okaasai, this is intended to reduce the high costs of electricity.

“The high costs are driven by the private sector participation especially generation. Public financing of electricity generation, transmission, and distribution will be required if the final consumer prices are to be reduced in the medium to the long term,” Okaasai said.

The unit cost of generation of power averages US$8.8 and final costs including transmission and distribution averages 12 cents.

The Energy Ministry is also giving incentives to industries in the different industrial parks in the country in form of electricity subsidies.

According to Paul Okitoi, the Commissioner of Policy and Planning, Government provided for the reduction of power costs in industrial parks to stimulate production.

However, members of the committee tasked Government to provide subsidies for local companies that are outside the industrial parks.

Sheema Municipality MP, Hon Dickson Kateshumbwa said it is unfair to provide power at five cents in the industrial parks, and then companies in Tororo or Kisoro pay a higher price.

“Are you looking at industrial parks or manufacturers? Someone should not be penalised because he started a factory in Ntinda or Kisoro and now he has to pay higher cents because he is not in Namanve,” Kateshumbwa said.

Hon Fredrick Angura (NRM, Tororo South County) said that the local investors have consistently been affected by the fact that Government highly considers foreign and big investors. He says the subsidies should be given to small industries as well.

“The parks that are benefitting from these incentives are considered to be those with foreign and big investments; how I wish there was a measure to look at the small industries as well”, Angura said.

Dr. Emmanuel Otala, the Chairperson of the committee also tasked the team with the consideration of local investors saying that concentrating all the incentives on the parks does not help the smaller manufacturers.

The Energy Ministry agreed with the MPs saying they will generally subsidise for manufacturers, but have only started with those in the industrial parks.

Museveni's son-in-law Rwabwogo is the one behind the new constitutional amendment move, Tamale Mirundi claims