Museveni’s son-in-law Rwabwogo is the one behind the new constitutional amendment move, Tamale Mirundi claims

by Stephen Kalema
in News, Politics
35 0 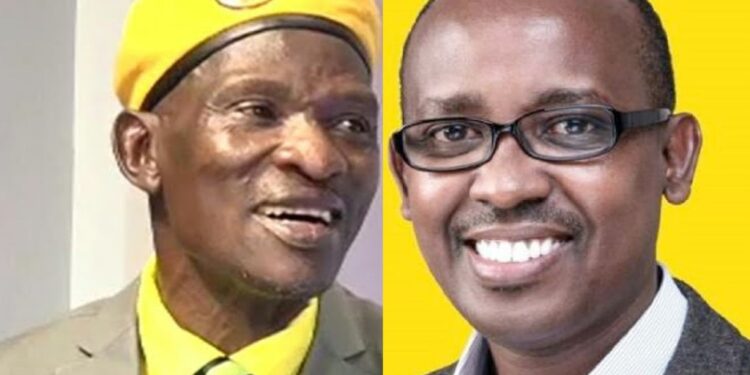 Rwabwogo who is a Presidential Advisor for Special Duties is a husband to President Museveni’s daughter Patience.

Mirundi, a controversial media consultant made the revelation over the weekend while appearing on TMO Online Television, a local YouTube media channel. He said Rwabwogo is also among those eying to replace Gen Museveni as Uganda’s next President. Mirundi added that the first family has two factions struggling to see who is replacing the old man.

“These new amendments you hear in the Parliament are not for Muhoozi, it’s Rwabwogo manning them because he knows clearly that no sensible Ugandan can elect him as president, so he is using reverse psychology now by blackmailing his father-in-law and the brother-in-law. He trusts Parliament because even the Speaker Jacob Oulanyah and Government Chief Whip Thomas Tayebwa are on his side. He is lucky that he has money and with Uganda’s politicians if you have money they will worship you,” Mirundi said.

“This was planned earlier, the day Oulanyah defeated Kadaga, Rwabwogo summoned him, Godfrey Kiwanda, Ruth Nankabirwa and Frank Tumwebaze to draft these proposals. But I’m warning him that Uganda is one of the difficult countries to deal with, he must reduce on his arrogance.”

The veteran journalist further disclosed that the primary intention of these new amendments of giving powers to Members of Parliament to elect a president is a clear plan by Rwabwogo supporters to taint President Museveni as a ruthless greedy leader.

“Even Kony can defeat Rwabwogo in direct general elections that is why he wants to use these poor politicians, the likes of Tayebwa to change the constitution. Rwabwogo hates Muhoozi so this is his strategy to blackmail him. And Museveni must be serious because this boy does not value the first family.”

Mirundi’s reaction follows the recent proposals by a section of politicians to have the constitution amended in order to enable MPs vote the President instead of the popular vote.

According to Felix Adupa Ongwech who lost in last year’s Kioga County MP elections, the proposals are to amend electoral laws and other legislation to pave way for a hybrid parliamentary system where the head of government also doubles as the head of state is elected by parliament and local government councils.

The new proposals will call the creation of a Senate or Upper House in parliament whereby members of the senate of Upper House will be nominated by political organization parties with representation in parliament. Representation in Senate will be according to the strength of parties in the lower house. This is intended to raise the quality of debate as far as legislation is concerned.

They argue that such a proposal will help to reduce issues like the huge budgetary sums injected into elections by the government every five years.