by Watchdog Uganda
in Health, News
2 0 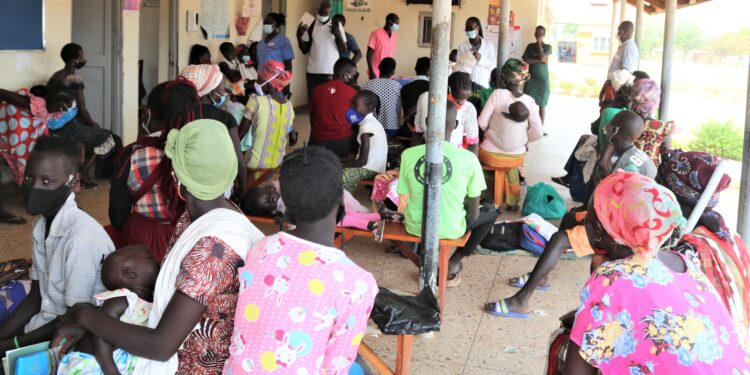 She says that SRHR experts from Reproductive Health Uganda (RHU) urged them to start a community savings group as well as encourage them to embrace family planning in groups.

“Family planning aids in child spacing, but it is also beneficial to do productive work, save and collect money for business, feeding, and transporting our children to school,” Tabaria said in an interview.

According to Joshua Kongu, a community health team mobilizer in Pagirinya, the original 13 members of Pagirinya Village Savings Loan Association (VSLA) never believed they would one day enjoy better lives inside a refugee camp when they initially started saving their money.

After just three months of active participation in the VSLA savings group, these South Sudanese refugees were able to make significant progress toward economic independence by operating better houses with fewer children.

The same has taken hold among Kampala’s urban refugees and sex workers.

Sifa Nanyi, an urban refugee from the Democratic Republic of Congo, is a member of the Makindye division’s “Nyumba Moja” income-generating group.

After visiting the RHU Bwaise office in Kampala for free reproductive health services, she learned about the Nyumba Moja income-generating organization.

Nanyi is now expanding her hairdressing company in Masajja thanks to the RHU-DANIDA MoFA project, which is sponsored by the Danish Ministry of Foreign Affairs through the Danish International Development Agency (DANIDA).

“My family and I would have gone hungry if it hadn’t been for the income-generating group. Most urban refugees turn to sex work, which I am currently unable to perform, “Nanyi agrees.

Kampala, in central Uganda, is home to some of Uganda’s poorest and most disadvantaged people.

Over the previous 35 years, it has also hosted approximately 80,000 refugees fleeing civil wars and natural disasters in Burundi, Ethiopia, Eritrea, Somalia, South Sudan, and Congo according to the United Nations High Comission for Refugees (UNHCR).

Despite Uganda’s “self-reliance” policy, which grants refugees the ability to work and freedom of travel, refugees in Uganda confront hurdles in becoming economically empowered.

Despite having a bachelor’s degree, Burundi’s Roseline Neze believes it’s tough to get a job in Uganda’s formal employment sector.

“I am a researcher and project manager, yet in Uganda, I would never be able to advance to the position of manager.As a result, I save with my colleagues who use the Bwaise RHU clinic in Kampala for free reproductive health treatments,” Neze explained.

As a result, the majority of refugees and other vulnerable individuals work in minor income-generating enterprises within the camps or in incentive labor for non-governmental organizations (NGOs), where their salary and privileges are drastically cut.

Hellen Chai, a sex worker and member of the Nyumba Moja income-generating organization, believes that she and her two children can now survive without sex work after two years.

She opened a modest retail shop and, unlike before, she can now teach, feed, treat, and pay rent for herself.

Vulnerable refugees and other groups are taught during reproductive health counseling and health talks that savings groups are an important instrument for facilitating savings in the refugee environment, where formal financial inclusion is often not a possibility.

Savings groups, he claims, have the ability to help immigrant communities build economic resilience in ways that other institutions cannot.

Savings organizations usually operate in “cycles” of roughly a year, after which the collected savings and income are distributed to the members based on the amount they put in.

Savings groups are member-managed; members create their own constitution, bylaws, and select leaders. All savings group transactions are performed at the meeting in front of all the members. To ensure that transactions do not take place outside the savings group, funds collected and the passbook are locked in a cashbox.