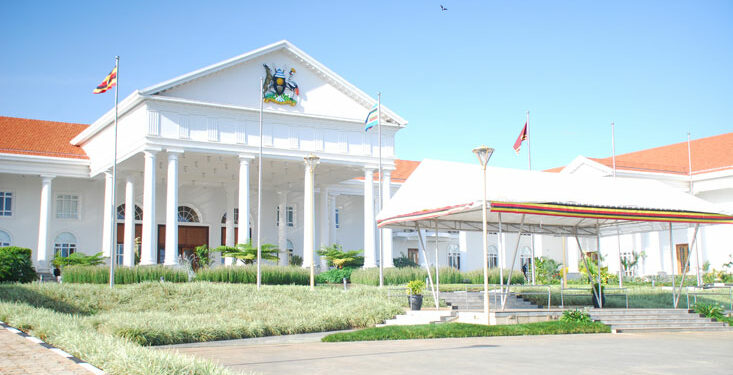 Parliament has received a request of shs12 billion from government to renovate the State House in Entebbe and 23 up country state lodges.

According to the State Minister for Economic Monitoring in the Office of the President, Peter Ogwang, the Entebbe State House was constructed in 2007 and has not been renovated since then.

“Ever since the Entebbe State House was constructed 15 years ago, no major renovation has been done and some of us who go there can confirm that,” Ogwang said.

Appearing before the Committee on Presidential Affairs on Wednesday, 12 January 2022, Ogwang added that the state lodges around the country are in need of repairs. He said this while presenting the Budget Framework Paper for financial year 2022/2023.

The committee advised State House to increase the budget for the Presidential Initiative on Model Villages saying the shs2 billion allocated to the programme is insufficient and has had no impact.

“If you go to villages, you will not see any model village. The Shs2 billion is spent on operations and management,” said Jesca Ababiku, the Chairperson of the committee on Presidential Affairs.

Ababiku said it was critical for State House to note that failure of presidential initiatives has a bearing on the image of the President, a reason they should push for adequate funds to have the model villages desired by the President.

MPS were also concerned that there were several government agencies engaged in monitoring of government programmes and wondered if it was not a duplication of duties and a waste of resources.

Ogwang who heads the State House monitoring unit said he was working in coordination with the State House Anti-corruption unit, the Inspector General of Government and Uganda Police.
He explained that this was a new and effective way of fighting corruption as it eliminates chances of perpetrators compromising individual agencies.

“There are some people who feel untouchable that when you send one agency, it fails to perform; we now have a team with technical people from the relevant anti-corruption organs,” said Ogwang.