by Stephen Kalema
in News, Politics
30 2 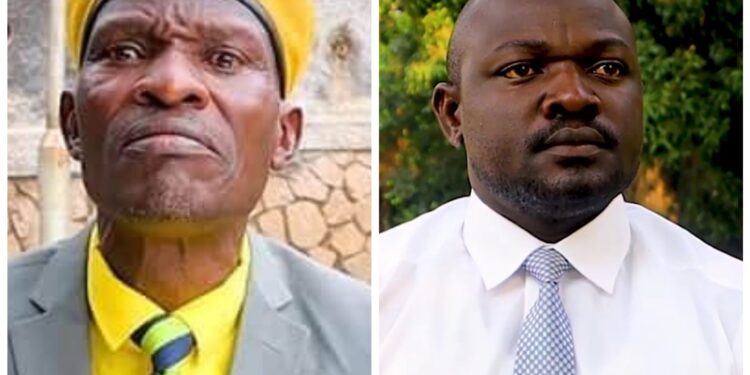 Jakana is a son of former Minister Without Portfolio Hajj Abdul Nadduli.

During an interview with local YouTube media channel- TMO on Monday, Mirundi said some mafias in National Resistance Movement (NRM) have paid Jakana to tarnish Muhoozi and Bobi Wine’s names but he will not succeed in his mission.

“Nadduli’s son is a dog which is now being used to tarnish peoples’ reputation.He first abused Gen Muhoozi, now he is on Bobi Wine but I want to warn Nadduli that his son is going to be his downfall. If Nadduli does not come in to intervene, it will end in tears. Nadduli must chase away this son because he is going to water down his name and people will lose confidence in him. If Jakana is going to capitalize on abusing and tarnishing people’s names, I’m going to expose him,” the veteran journalist said.

Mirundi also wondered why Nadduli would let his son be bought by what he called mafias to start abusing people who have large numbers of followers.

He also revealed that President Yoweri Museveni’s son-in-law, Odrek Rwabwogo could be one of the members that have hired Jakana to tarnish the names of both Bobi Wine and first son Gen Muhoozi.

“That you are indispensable and nobody should oppose your orders, who are you Bobi Wine? , you are too cheap and senseless.

“Muhoozi is 0.00 percent in understanding because he lacks all principles that support the existence of a human being and he lacks common sense,” said Jakana in separate videos.