by Mourice Muhoozi
in News, Politics
5 0 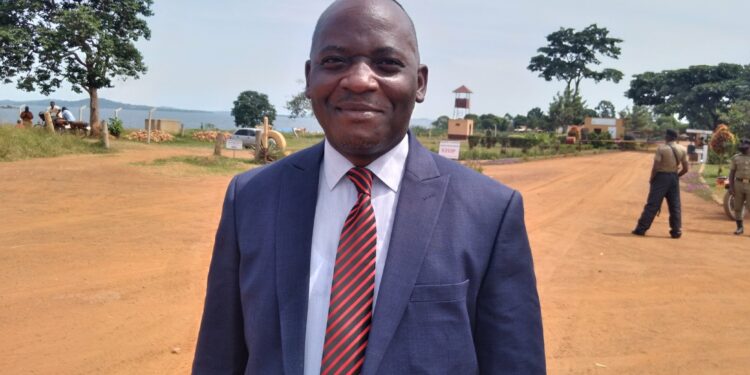 The Leader of Opposition in parliament Mathias Mpuuga has today Thursday paid a courtsey visit to legislators Allan Ssewanyana and Muhammad Ssegirinya, who are under incarceration at Kigo Prison.

The duo were remanded to Kigo prison by Masaka Grade One Magistrate on October 13th 2021, on multiple criminal counts in connection with last year’s killings in Masaka Sub-region.

Mr. Mpuuga who also doubles as a Member of Parliament for Nyendo-Mukungwe constituency in Masaka, was accompanied by several opposition big wigs subscribing to the National Unity Platform (NUP) political party.

On arrival at Kigo, he entered the prison premises unrestrained and was granted unprecedented access to the MPs in custody. The trio had a brief closed door conversation, before the LOP was reminded to leave by prison authorities.

Speaking to the press after the conversation with the jailed MPs, Mpuuga divulged the details of what was discussed.

He disclosed that his impromtu visit to the jailed lawmakers was chiefly intended to establish their health and welfare conditions, emphasizing that it is his role to keep track of the well-being being of his fellow lawmakers.

He disclosed that the health conditions of the embattled MPs is not so much worrying, but declined to divulge more details on that.

He castigated government for frustrating their efforts to have the beleaguered MPs access bail, terming it unconstitutional.

He also hinted on the need to undertake unrelenting efforts, to see to it that the jailed MPs are granted their freedom.

“……. incarceration and the denial of bail is illegal, iregular and unconstitutional . I have shared with them at length, and I have no doubt in mind that their health is compromised, and therefore, anything has to be done to make sure that they obtain the best care possible, to have their health restored properly,” Mpuuga said.

“I want to state very clearly, that Whether accused of any offence, denial to treatment is a violation of their right to health and we have agreed on what to do, together with their attorneys, on ensuring that they accesss the kind medication, in a place and environment of their comfort, as leaders and citizens no matter the charges brought against them, because the constitution guarantees that right,” he added.

The LOP said that during the conversation, they expressed gratitude to the leaders for doing what is possible in their circumstances to ensure their freedom is granted.

They also expressed their oblivion of who actually did order their arrest, and circumstances under which they have been kept in jail for close to six months.

Most importantly, the jailed MPs had a message to deliver to their voters. Through the LOP , they implored their respective electorates to understand their plight and keep firm, coupled with agitating for their rights and freedoms.

They supplied assurances, that they have never at any moment in time abandoned the very issues they set out to defend and protect, when they were elected as MPs and that they will come out of jail stronger, to pursue their common good and the good of their constituencies, and country at large.

Together with his co-accused Ssewanyana (Makindye West) , they are also battling charges related to murder, terrorism and attempted murder, which prosecution alleges were metted against residents of greater Masaka region last year.